What does Phaidra mean?

[ 2 syll. (p)hai-dra, ph-aid-ra ] The baby girl name Phaidra is pronounced as FAY-DRah- †. Phaidra is mainly used in Greek and its language of origin is Old Greek. It is derived from the element 'phaidros' which is of the meaning bright. In Greek mythology, Phaedra was the daughter of King Minos of Crete and the wife of Theseus. She fell in love with her stepson Hippolytus and killed herself after the latter rejected her.

Phaidra is a variant form of the English and German name Phaedra.

The name Phedra is a variant form of Phaidra.

Another form of the name is the English and German spelling variant Phaedra.

Phaidra is an uncommon baby name for girls. It is not in the top 1000 names. 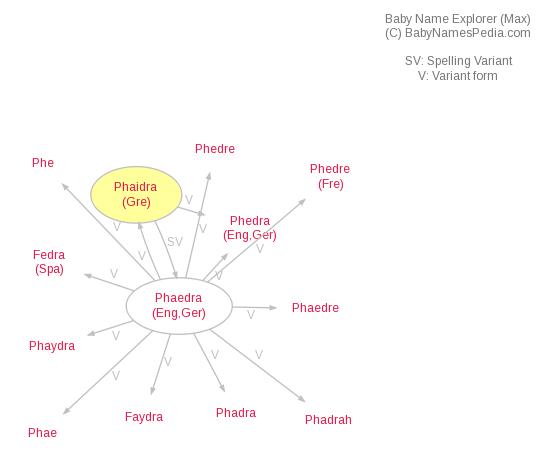