What does Philippa mean?

[ 3 syll. (p)hi-lip-pa, ph-ili-ppa ] The baby girl name Philippa is pronounced Fih-LIHP-ah or FIHL-ih-Pah in English †. Philippa's origin is Old Greek, and its use, English and German. The meaning of Philippa is 'lover of horses, friend of horses'. It is a biblical name derived from philein meaning 'to love' ; philos 'friend' ; hippos 'horse' ; ekwo 'horse'. The name was first used in medieval times to distinguish male and female bearers of the then unisex name Philip; female bearers were recorded in Latin texts with Philippa as their name. It was borne by Philippa of Hainault (1311-1369), the queen consort of Edward III of England. The first name came into general use among English speakers only in the 19th century. Philippa is the feminine equivalent of the English Philip.

Philippa is not popular as a baby girl name. It is not in the top 1000 names. 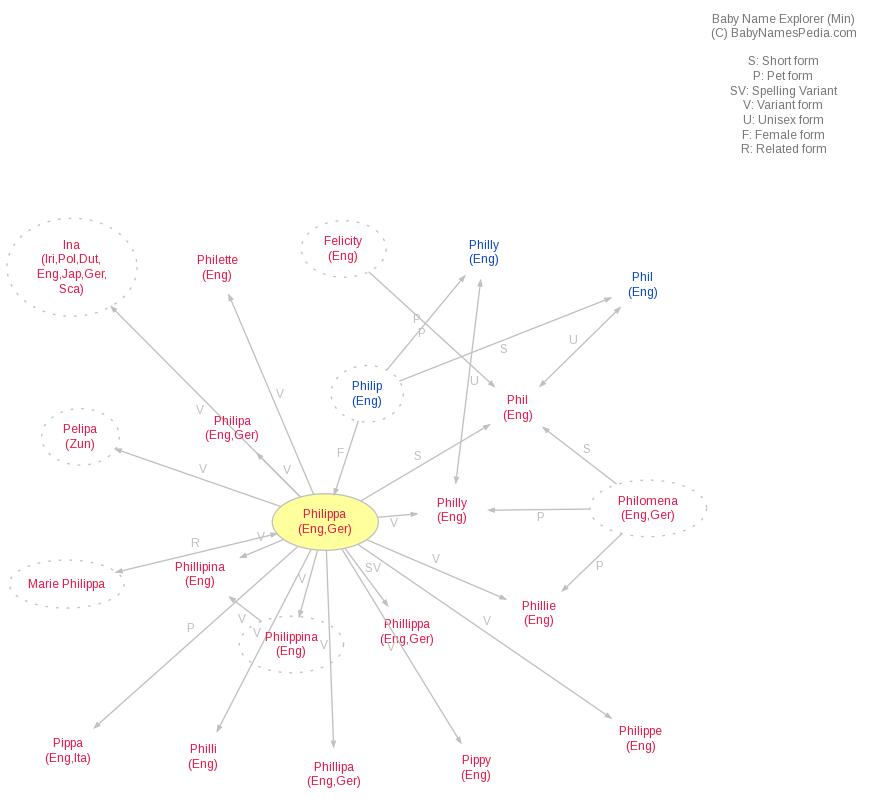