What does Phoebe mean?

[ 2 syll. (p)hoe-be, ph-o-ebe ] The baby girl name Phoebe is pronounced as FIY-Biy in English †. Phoebe is largely used in the English and German languages. Its origin is Old Greek. A biblical name, it is from the word 'phoibos' meaning bright, pure. The name is derived from Phoebus (Latin) and ultimately Phoibe (Old Greek). It was borne in Greek mythology by the sister of Phoebus; her parents were Uranus and Gaia. It was also the epithet of the moon goddess Diana and Artemis. The name was also borne in the Bible by one of the carrier's of Paul's Epistles. It was taken up by English Puritans in the 17th century, and later saw a revival at the end of the 19th century.

In addition, Phoebe is an English diminutive of the name Euphemia (English and German). 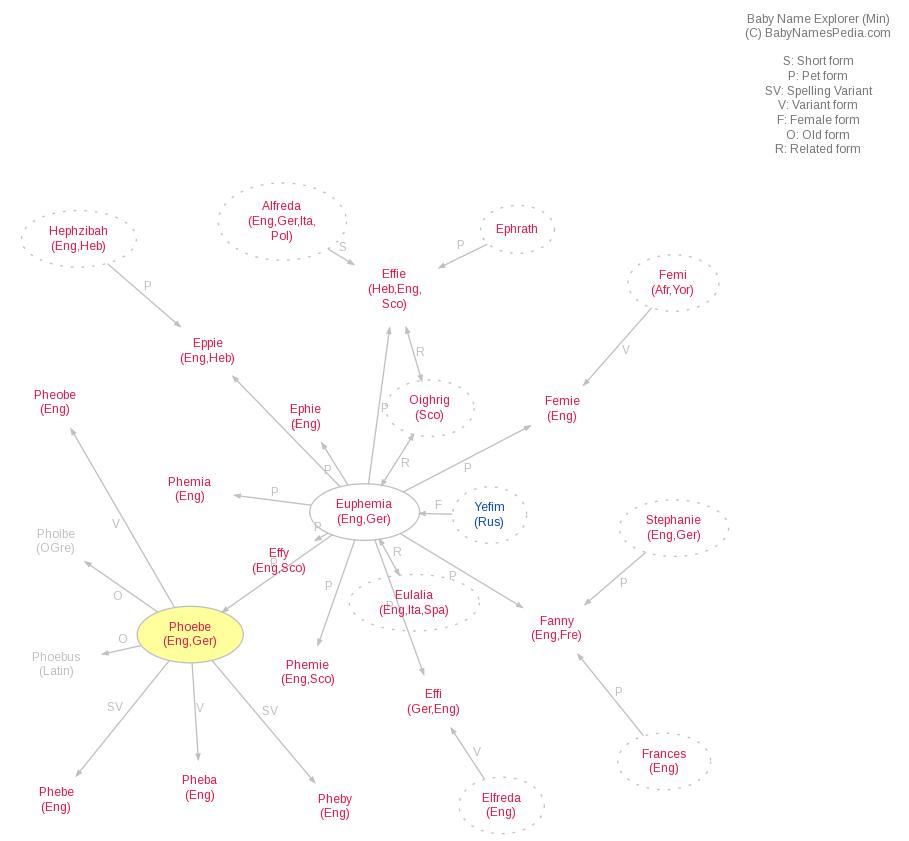