What does Phoenix mean?

[ 2 syll. (p)hoe-nix, ph-oen-ix ] The baby boy name Phoenix is sometimes used as a girl name. Its pronunciation is FIY-NihKS †. Phoenix's origin, as well as its use, is in the English language. It is from the elements 'phoenix' ; 'phoinix' meaning dark red. The first name is derived from the name of the mythical and beautiful bird that is reborn from ashes after being consumed in flames; the bird featured in ancient Phoenician mythology, and its name is ultimately of the Greek 'phoinix'.

Phoenix is popular as a baby name for boys, and it is also considered trendy. The name's popularity has been rising since the 1990s. At the modest peak of its usage in 2018, 0.075% of baby boys were given the name Phoenix. Its ranking then was #252. Out of all boy names in its group, Phoenix was the most regularly used in 2018. Phoenix has in the past century been predominantly given to baby boys. In 2017, 49% more baby boys than girls were given the name Phoenix. 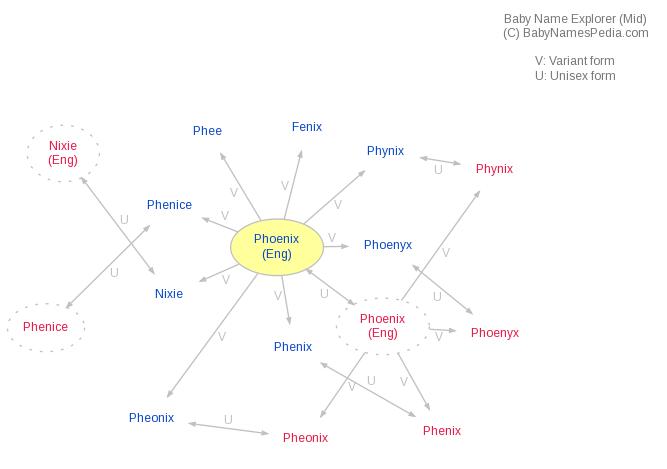