What does Pia mean?

[ 2 syll. pia, pi-a ] The baby girl name Pia is pronounced in German as PIY-aa †. Pia is of Old Greek and Latin origin. It is used mainly in Dutch, English, Greek, Italian, Polish, Scandinavian, French, and German. Latin origin, English, French, German, and Italian use: It is a biblical name derived from the word pius with the meaning 'pious, godly, honorable'. The name is frequently found in Italy and Scandinavia, and has recently been introduced to English speakers. In the US, it is known from the actress and singer Pia Zadora (1956-).

In addition, Pia is a diminutive of the English, French, German, and Greek Olympia in the Dutch, English, Greek, Italian, Polish, and Scandinavian languages.

Pia is the feminine form of the English and German Pius.

Forms of Pia include the name Piah, the Spanish Piedad, the Finnish and Scandinavian Piia, the Latin and Spanish Pía, and the name Pya. 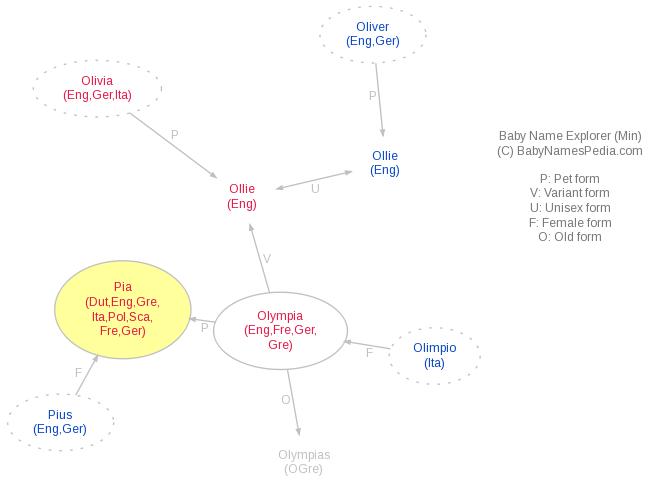