What does Piera mean?

[ syll. pie-ra, pi-era ] The baby girl name Piera is pronounced PIH-RAH †. Piera has its origins in the Old Greek language and it is used largely in Italian.

In addition, Piera is a variation (Italian) of Petra (English, German, Hungarian, Polish, and Spanish).

A variation of Piera is Pier (Italian).

The origin and meaning of Piera is inherited by all variant forms.

Pierina (diminutive in Italian) is another variation of the name.

Piera is uncommon as a baby girl name. It is not listed within the top 1000. 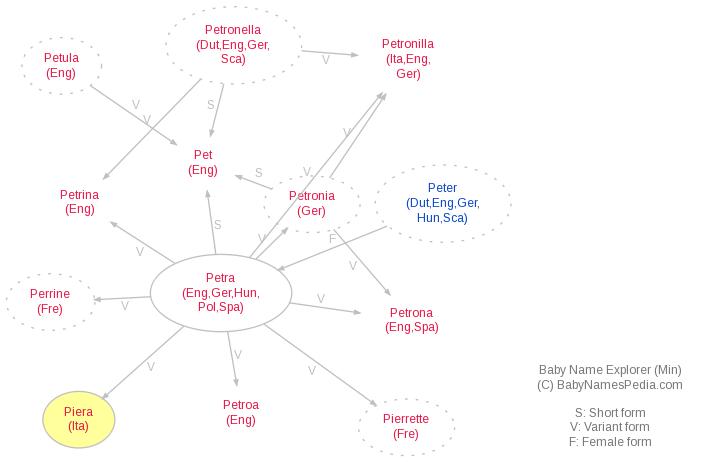