What does Pilar mean?

[ 2 syll. pi-lar, pil-ar ] The baby girl name Pilar is also used as a boy name. It is pronounced Piy-LAA-R †. Pilar's origin is Spanish, and its use, Basque, English, Italian, and Spanish. The name is derived from the Spanish title for the Virgin Mary, Nuestra Señora del Pilar 'Our Lady of the Pillar'; the title refers to the reported appearance of Mary atop a pillar carried by angels, seen by James the Greater at Zaragoza in AD 40. The word pilar is masculine, but it has not affected the feminine use of the name.

Pilar has 16 forms that are used in English and foreign languages. English forms of the name include Peelar, Peeler, Pelar, Pilarre, Pilár, Piliar, Pilla, Pillar, Pilucha, Pylar, Pylarre, and Pyllar. The Italian Pila is a form of Pilar that is used in foreign languages. The familiar forms Pili (Spanish), Pilita (Spanish), and Piluca (Spanish) are other foreign variants.

Pilar is uncommon as a baby girl name. It is not in the top 1000 names. 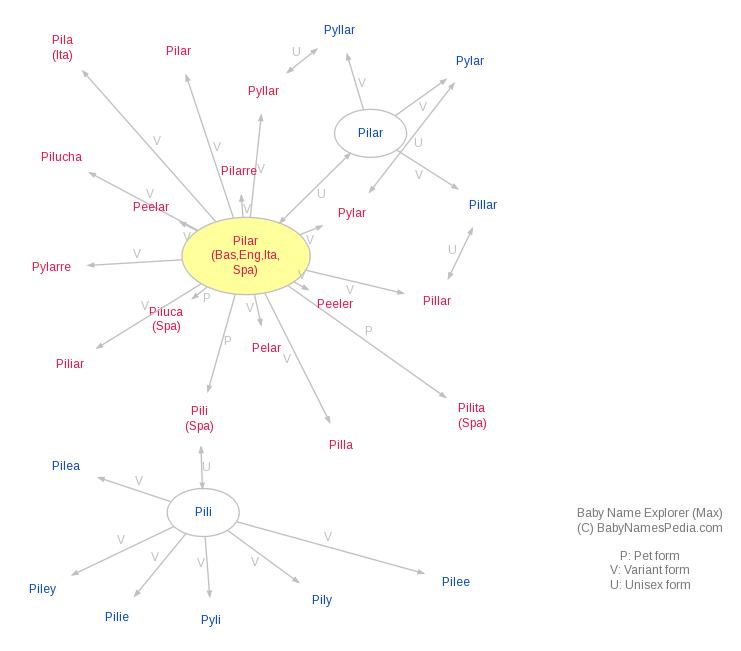