What does Pippin mean?

[ 2 syll. pip-pin, pi-pp-in ] The baby boy name Pippin is also used as a girl name. Its pronunciation is PIHP-ihN (English) †. Pippin is largely used in the English language, and it is derived from Latin and Old French origins. Old French origin, use: The name is derived from Pépin (Old French) which is possibly from the element 'bib'. It was borne by several Carolingian Frankish rulers, including Pepin the Short (714-768), the father of Charlemagne. The name is also known from the Broadway musical Pippin (1981), based on the story of Pepin the Hunchback, the eldest son of Charlemagne. It is also the nickname of the hobbit Peregrin Took in the Lord of the Rings trilogy (1954-1955) by J. R. R. Tolkien.

In addition, Pippin is a variant of the name Peregrine (English).

Pip (short form) is another variant of Pippin.

Pippin is rarely used as a baby name for boys. It is listed outside of the top 1000 names. 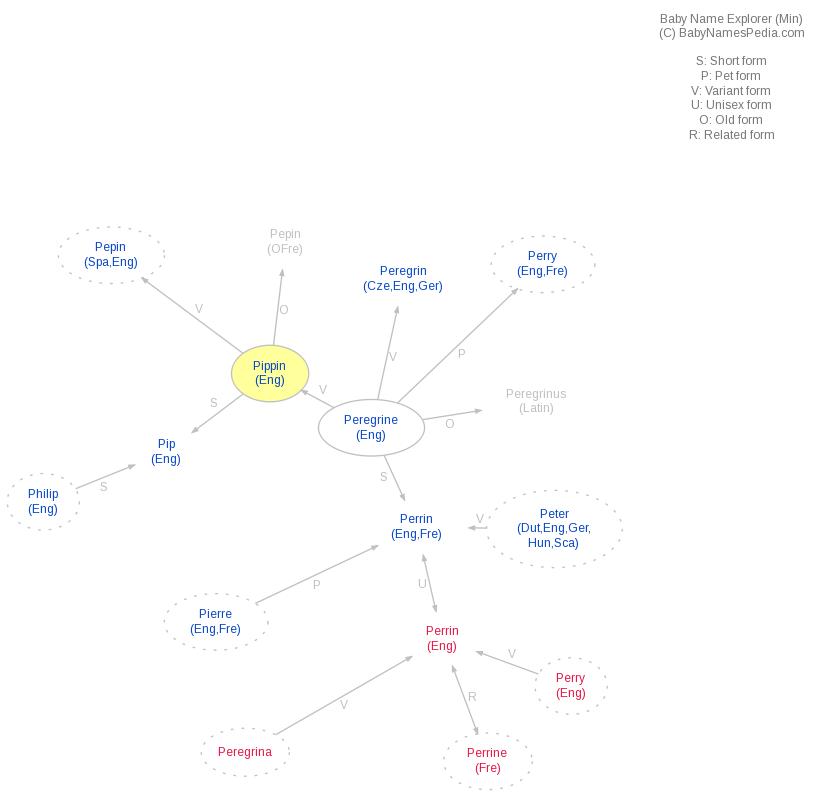