What does Portia mean?

[ 2 syll. por-tia, po-rt-ia ] The baby girl name Portia is pronounced PAOR-SHaa †. Portia is of Latin origin and it is predominantly used in the English language. Th name is from Porcia (Latin), a feminine form of the Roman family name Porcius, itself possibly of the Latin porcus (meaning 'hog, pig'). The name was popularized by the beautiful, rich, and intelligent heroine of the same name in the Shakespeare play The Merchant of Venice (1598), one of his most prominent female characters.

Portia is a rare baby name for girls. At the modest peak of its usage in 1988, 0.013% of baby girls were given the name Portia. Its ranking then was #737. The baby name has since steeply declined in popularity, and is currently of only sporadic use. Out of all girl names in its group, Portia was nonetheless the most regularly used in 2018. 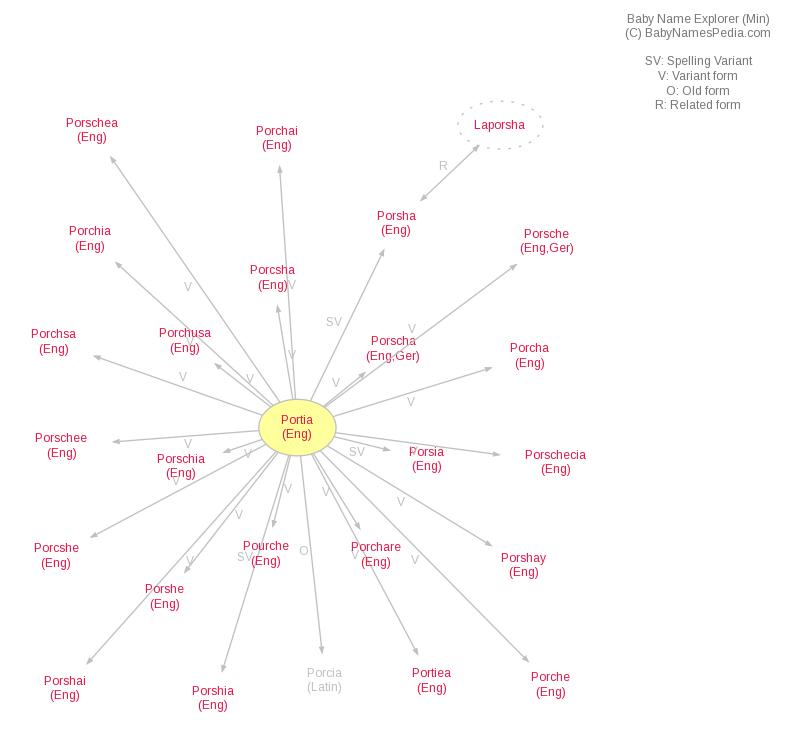