What does Queen mean?

[ 1 syll. quee(n), qu-e-en ] The baby girl name Queen is pronounced as KWiy-N †. Queen is of English origin and it is also used mainly in the English language. The meaning of the name is 'a female monarch'.

Queen is an all-time favorite. At present it is still somewhat popular as a baby girl name, but not to the degree it was in the past. Its usage peaked modestly in 1907 with 0.027% of baby girls being given the name Queen. It was #372 in rank then. The baby name has fallen out of favor since then, and is in recent years of only sporadic use. In 2018, it ranked at #959 with a usage of 0.015%, but it was nonetheless the most popular among all girl names in its family. 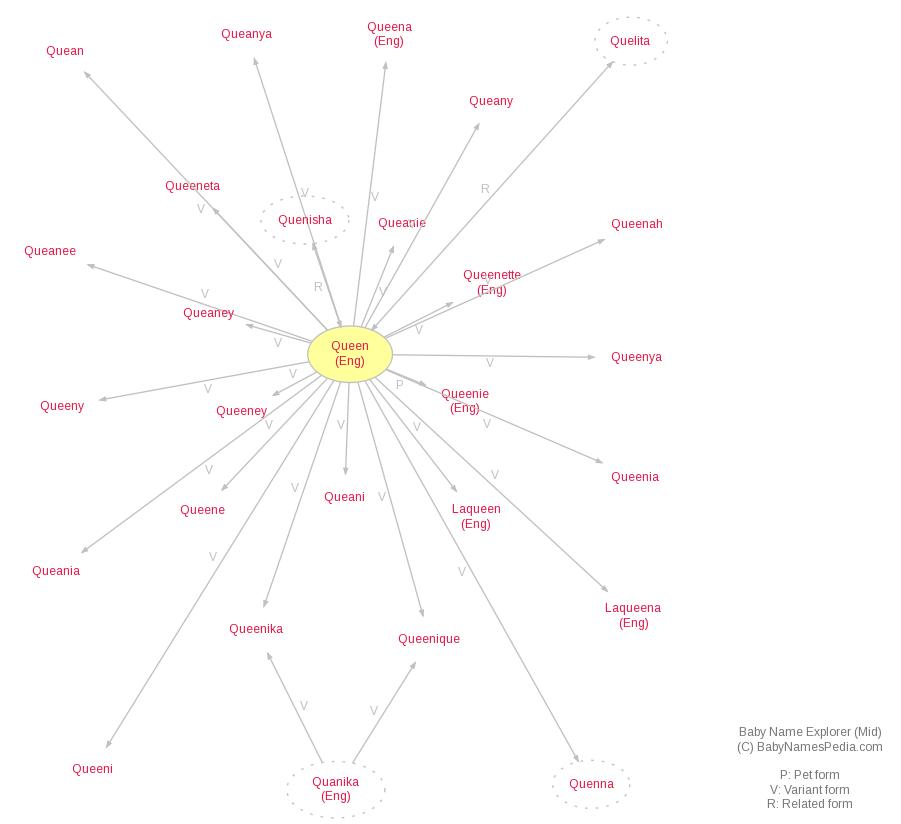