What does Quinn mean?

[ 1 syll. qui-(n)(n), qu-inn ] The baby boy name Quinn is also used, and more frequently so, as a girl name. Its pronunciation is KWIHN †. Quinn is an English and Irish name of Latin and Celtic origin. From Celtic roots, its meaning is descendant of Cuinn. The first name is derived from the Irish surname 'Ó Cuinn' meaning 'descendent of Cuinn'.

In addition, Quinn is an English contraction of the name Quentin (English and French).

Quinn is also an English and Irish pet form of the name Quincy (English).

Quinn is also a variant of the name Quinlan (English).

Quin (English and Irish variant spelling) is another form of Quinn.

Quinn is fairly popular as a baby name for boys. The name's popularity has been increasing since the 1950s. At the modest height of its usage in 2009, 0.063% of baby boys were given the name Quinn. Its ranking then was #258. In 2018, its usage was 0.043% and its ranking #384, and it was the most popular within all boy names in its group. In 2018, Quinn was more frequently used than the next most popular name, Quentin, by 62% . Though Quinn is currently more often than not a girl name, there was a period from 1957 to 2009 when more boys were given the name. From 2010 on, increasingly more girls than boys were named Quinn. In 2017, girls named Quinn outnumbered boys by 4 times. 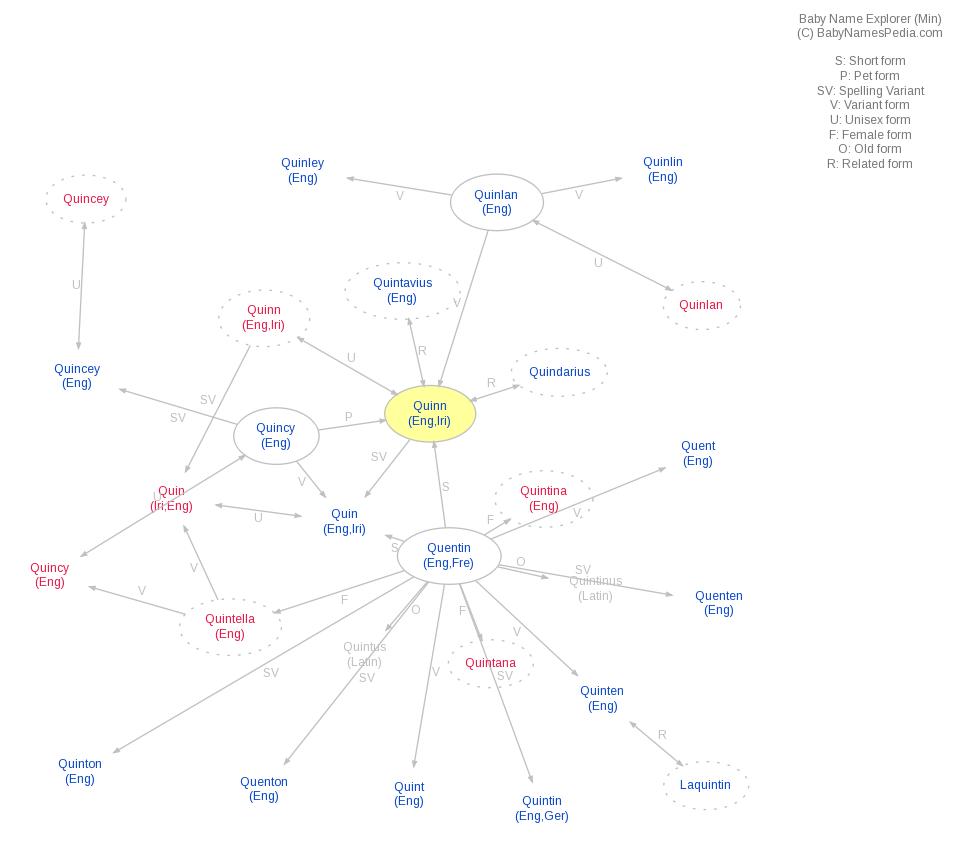