What does Rae mean?

[ 1 syll. rae, ra-e ] The baby girl name Rae is pronounced as REY- †. Rae is used chiefly in the English, Hebrew, and Scandinavian languages. It is derived from Hebrew and Germanic origins. The name is sometimes taken as the feminine equivalent of Ray.

In addition, Rae is a contraction of the name Rachel (English, French, German, and Yiddish) in the English and Hebrew languages.

Rae is also a familiar form of the name Ramona (German and Spanish) in the English and Scandinavian languages.

What are the Variant Forms of Rae?

Variant forms share the origin and meaning of Rae.

Rae is an unusual baby girl name. Its usage peaked modestly in 1903 with 0.027% of baby girls being given the name Rae. It was #369 in rank then. The baby name has experienced a steep loss in popularity since then, and is today of very light use. In 2018, among the family of girl names directly linked to Rae, Raelynn was the most frequently used. 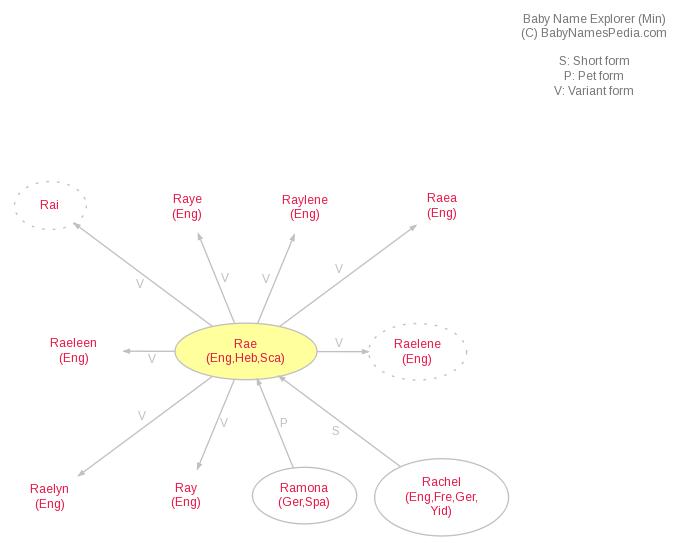