What does Raelyn mean?

[ syll. rae-lyn, ra-el-yn ] The baby girl name Raelyn is pronounced as REY-LihN †. Raelyn is used predominantly in the English language, and it is derived from Germanic and Hebrew origins.

Raelyn is a variation of the name Rae (English, Hebrew, and Scandinavian).

Raelyn is also a variation of the name Raelene (English).

Raelyn is a fairly popular baby name for girls, and it is also viewed as trendy. The name's popularity has been rising since the 2000s; before that, it was of very light use only. At the modest peak of its usage in 2017, 0.054% of baby girls were given the name Raelyn. Its ranking then was #316. In 2018, its usage was 0.053% and its ranking #327, and it was the most commonly used out of all girl names in its group. 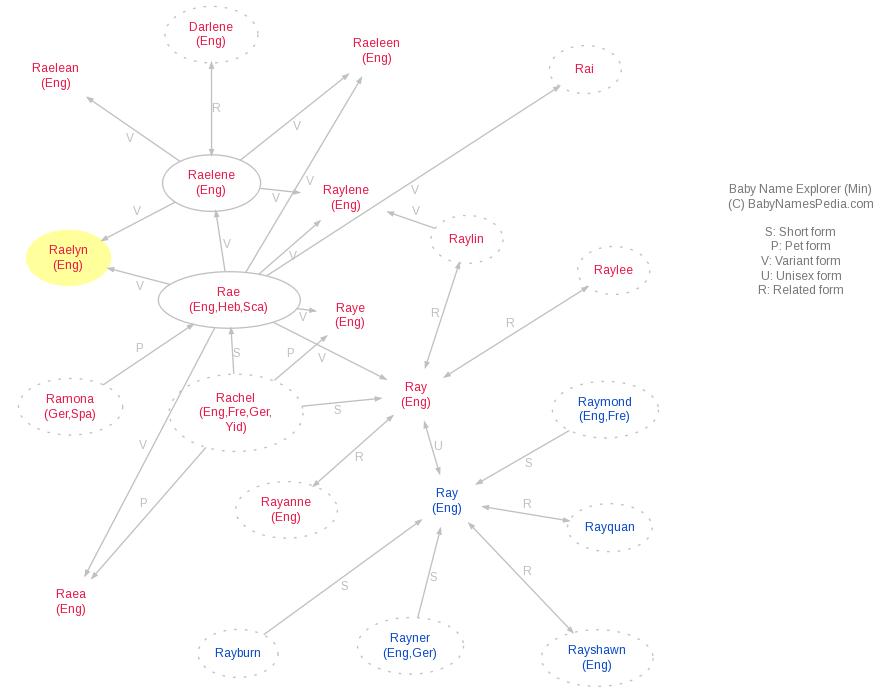