What does Raiden mean?

[ 3 syll. rai-den, ra-id-en ] The baby boy name Raiden is pronounced as RAA-iy-DehN or R-AY-DehN †. Raiden is used predominantly in English and Japanese, and its origin is Japanese. Raiden is of the meaning thunder god.

Raiden is fairly popular as a baby name for boys, and it is also regarded as trendy. The name's popularity has been growing since the 2000s; before that, it was of very light use only. Its usage peaked modestly in 2017 with 0.040% of baby boys being named Raiden. Its ranking then was #400. In 2018, its usage was 0.038% and its ranking #423, and it was the most popular among all boy names in its group. In 2018, Raiden was twice as popular as the subsequent ranked name, Rayden. 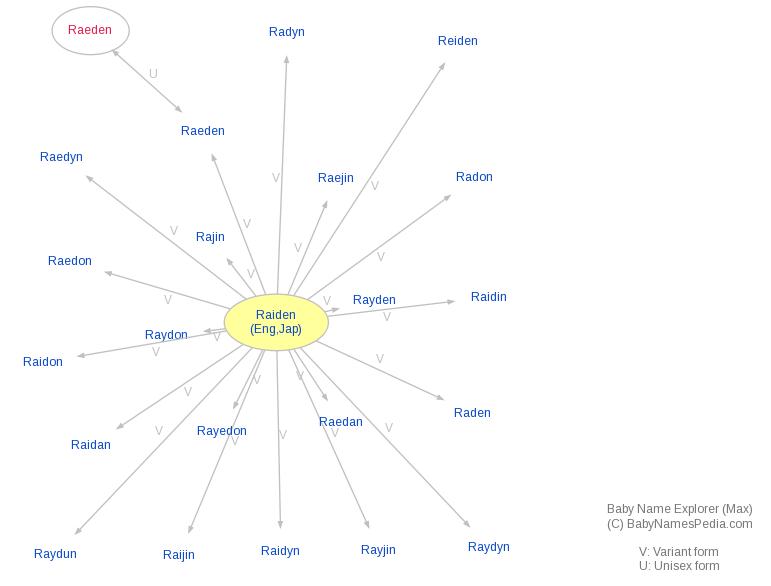