What does Raina mean?

[ 2 syll. rai-na, ra-ina ] The baby girl name Raina is pronounced REY-Naa- †. Raina's language of origin is Slavonic, Germanic, and Latin. It is predominantly used in Slavic, Czech, English, German, Polish, and Russian. Germanic origin, Czech, English, German, Polish, Russian, and Slavic use: The name developed as a short form of compound names with the first element ragin (meaning 'counsel, advice') and thus starting with 'Rein-'. It was first introduced to English speakers through the heroine Raina in the George Bernard Shaw comedy play Arms and the Man (1894).

In addition, Raina is a form of the Czech and Slavic Radka in the Slavic language.

Raina is also a shortening of the English, German, and Polish Regina in the English, Polish, and Slavic languages.

Raina is the feminine form of the English and German Rayner and the German Rein.

What are the Variant Forms of Raina? 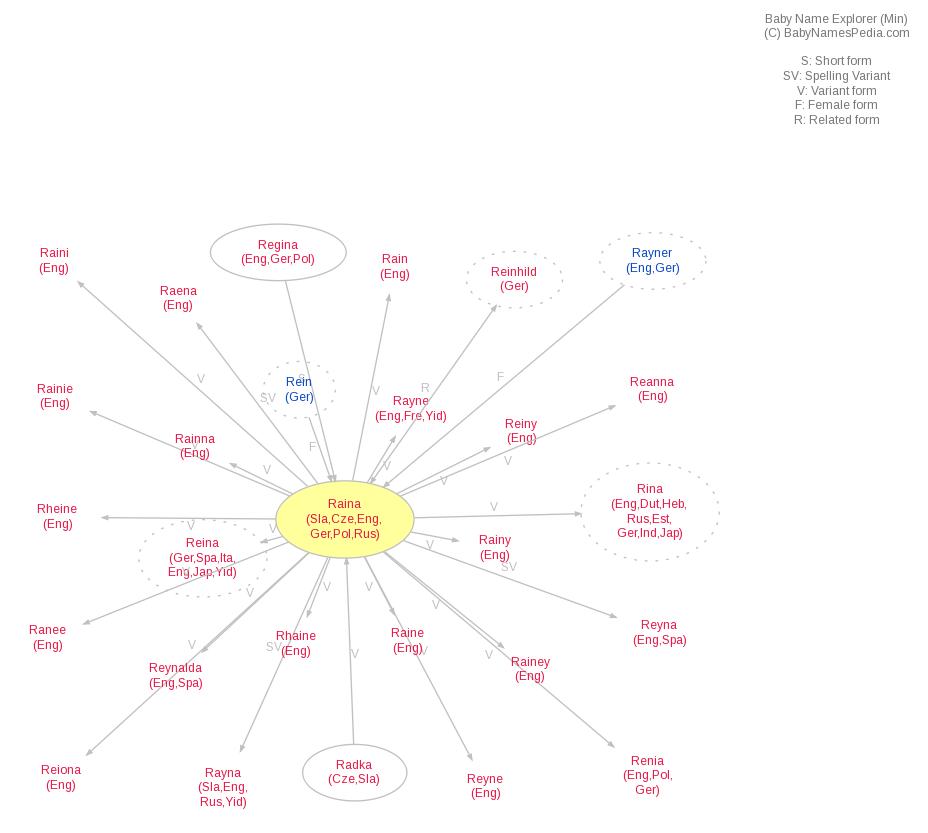