What does Raj mean?

[ 1 syll. raj, ra-j ] The baby boy name Raj is pronounced RAHZ- †. Raj is of Sanskrit, Arabic, and Germanic origin, and it is used mainly in English, Indian, and Arabic. Sanskrit origin, English and Indian use: It is derived from the element raja with the meaning 'king, prince'.

In addition, Raj is a shortening of the Arabic Rajab.

Raj is also a form of the English, French, and German Roger.

Raj is seldom used as a baby name for boys. It is not in the top 1000 names. Within the group of boy names directly related to Raj, Roger was the most frequently used in 2018. 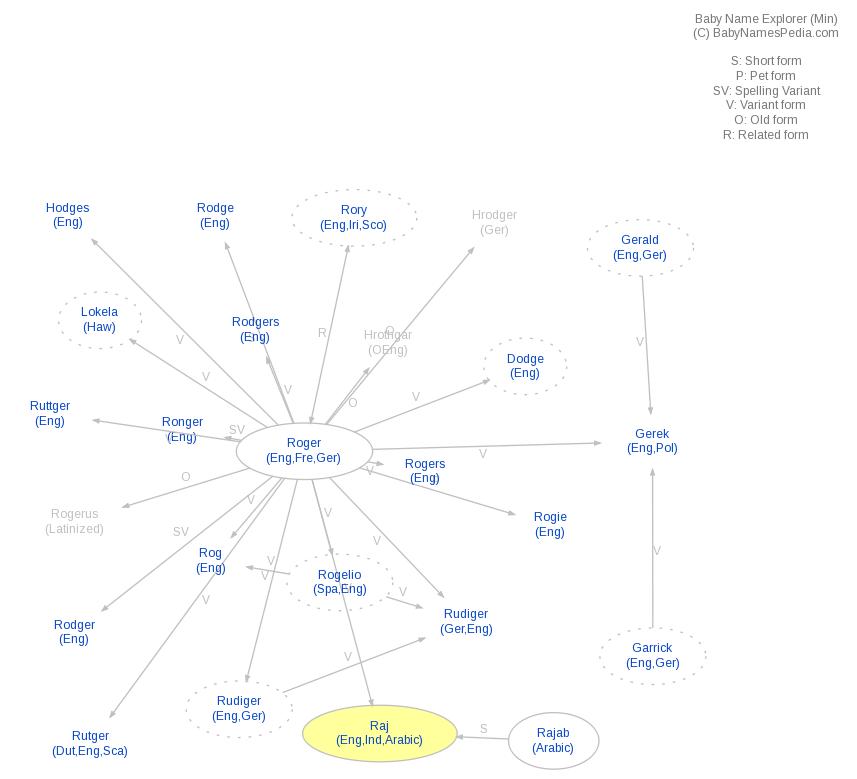