What does Rama mean?

[ 2 syll. ra-ma, ram-a ] The baby boy name Rama is also used as a girl name. Its pronunciation is RAA-Maa- †. Rama is used predominantly in the Hebrew and Indian languages, and its origin is Hebrew, Sanskrit, and Arabic. Sanskrit origin: It is derived literally from the word 'rama' meaning pleasing. In Hindu texts, Rama is the name of the god Vishnu. It is believed that whenever there is great evil, Vishnu comes down to earth in human form either as Rama or Krishna. This is also the name of the hero of the Ramayana epic. Rama is also a short form of longer Hindu names starting with 'Ram-'. See Rama for more information.

In addition, Rama is a variant of the name Raamah (Hebrew).

Rama is also a variant of the name Ram (Hebrew and Indian).

Rama is also a variant of the name Ramadan (Arabic).

Rama is a rarely used baby name for boys. It is listed outside of the top 1000 names. 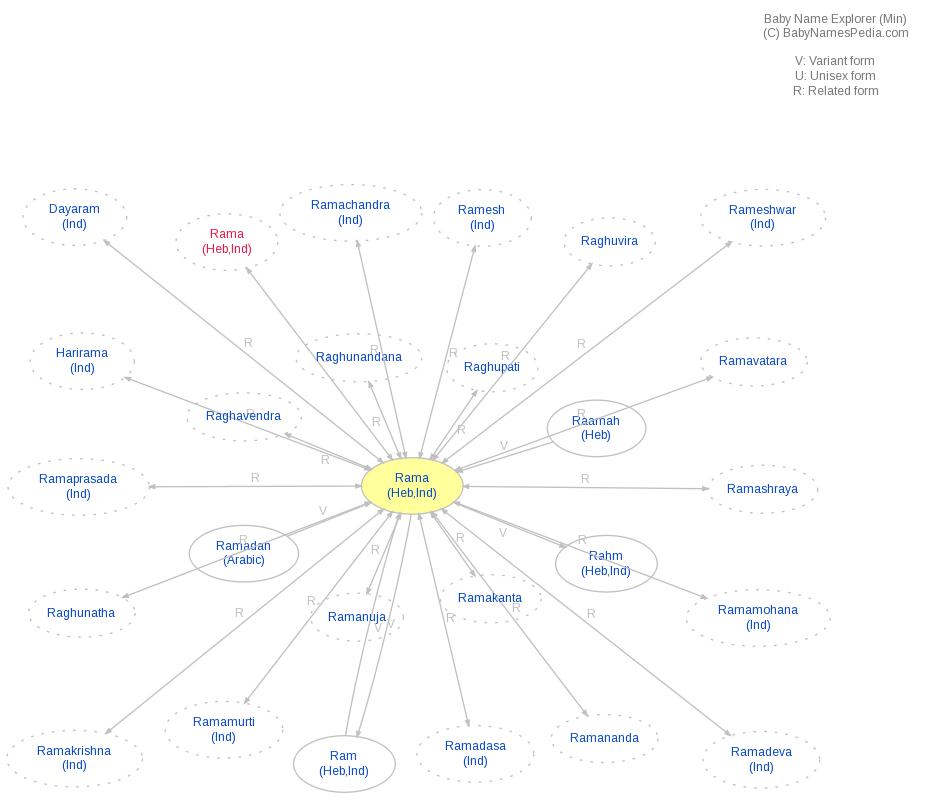