What does Ramona mean?

[ 3 syll. ra-mo-na, ram-ona ] The baby girl name Ramona is pronounced in English as Rah-MOWN-ah or in Spanish as Raa-MOW-Naa †. Ramona has its origins in the Germanic language. It is used largely in German and Spanish. The name Ramona means 'well-advised protector'. It is a two-element name derived from ragin and munt which are of the meanings 'counsel, advice' and 'protection, protector' respectively. The name was popularized in the US and Canada by the Helen Hunt Jackson novel Ramona (1884). Ramona is the feminine equivalent of the English and French Raymond.

The name Ramona is used to a great extent; it has 27 forms that are used in English and foreign languages. English forms of the name include Raimona, Raman, Ramana, Ramee, Ramie, Ramina, Ramoena, Ramohna, Ramonda, Ramonde, Ramonia, Ramonna, Ramowna, Raymona, Remonna, Romonda, Romonde, and Romonia. Other English forms include the diminutives Mona (used in Arabic, Greek, Irish, Scandinavian, and Scottish as well) and Rae (used in Scandinavian as well), and the spelling variants Remona and Romona.

Ramona is an all-time favorite. Currently it is still somewhat popular as a baby girl name, but not as much as it was in the past. Its usage peaked modestly in 1928 with 0.187% of baby girls being named Ramona. It had a ranking of #117 then. The baby name has substantially slipped in popularity since then, and it is of only irregular use in recent times. In 2018, it ranked at #835 with a usage of 0.018%, but it was nevertheless the most commonly used among all girl names in its family. 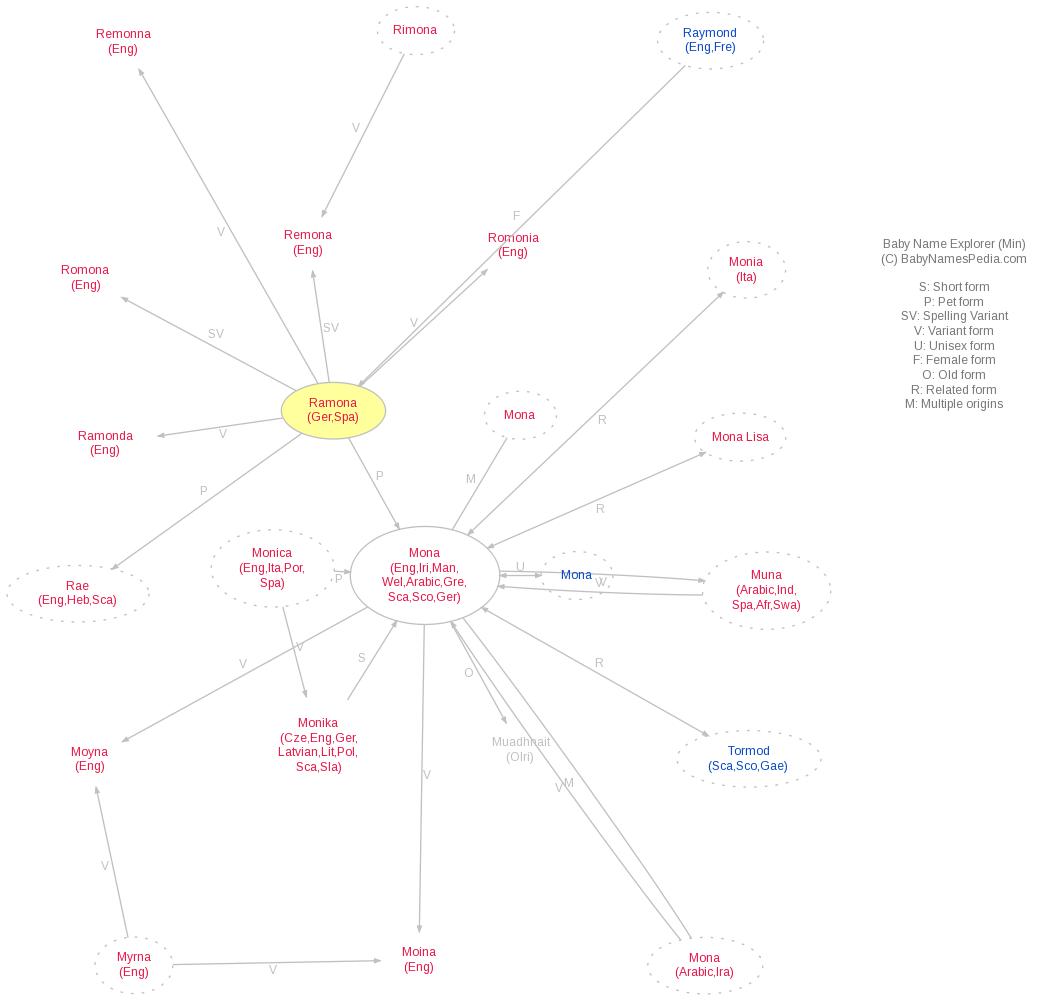