What does Ravi mean?

[ 2 syll. ra-vi, rav-i ] The baby boy name Ravi is pronounced Raa-VIY- †. Ravi's language of origin is Sanskrit and it is predominantly used in Indian. The name Ravi means 'sun'. In Hindu mythology, Ravi is an alternate title of the sun god Surya. The name is also known from the Ravi river which flows through India and Pakistan. Popularized by the sitar player and composer Ravi Shankar (1920-), the name has sometimes been used by non-Hindus.

Ravi is an uncommon baby boy name. It is listed outside of the top 1000. 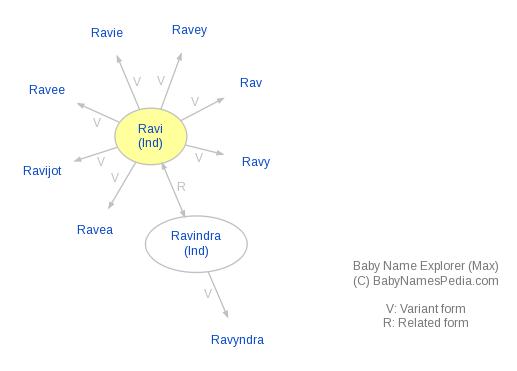