What does Rayburn mean?

[ 2 syll. ray-bur(n), ra-ybu-rn ] The baby boy name Rayburn is pronounced REY-BahRN †. Rayburn has its origins in the English language. Rayburn is of the meaning 'deer brook'.

Rayburn is rare as a baby name for boys. At the modest peak of its usage in 1938, 0.008% of baby boys were named Rayburn. Its ranking then was #627. The baby name has since experienced a drop in popularity, and is of only irregular use today. In 2018, out of the group of boy names directly related to Rayburn, Ray was the most commonly used. 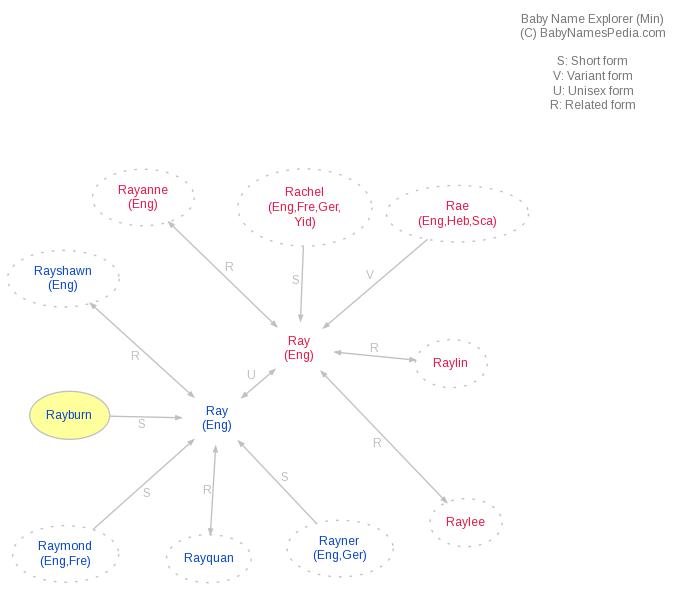