What does Raymond mean?

[ 2 syll. ray-mon(d), ra-ymo-nd ] The baby boy name Raymond is pronounced as REY-MahND in English or Rey-MAON in French †. Raymond is used predominantly in the English and French languages, and it is derived from Germanic origins. The name is of the meaning well-advised protector. A two-element name, it is derived from the elements 'ragin' meaning counsel, advice ; 'munt' protection, protector. Raginmund (Germanic) and Raimont (Old French) are older forms of Raymond. The name was borne by two Spanish saints, Saint Raymond of Peñafort (1175-1275), patron saint of lawyers, and Saint Raymond Nonnatus (1204-1240), patron saint of chilbirth. It was introduced into England by the Normans, but later fell into disuse before a revival among English speakers in the mid 19th century. The name Ramona (German and Spanish) is the female version of Raymond.

Raymond is a classic favorite. Today it is still popular as a baby name for boys, though it was in more widespread use previously. At the height of its usage in 1919, 1.121% of baby boys were given the name Raymond. Its ranking then was #14. The baby name has since experienced a substantial fall in popularity, and is currently of occasional use. In 2018, its usage was only 0.060% and its ranking #299, but it was nonetheless the most popular within all boy names in its group. In 2018, Raymond was more frequently used than the next most popular name, Ray, by 4 times. The name Raymond has predominantly been a baby boy name, though it has also been given to girls in the past century. In 1933, baby boys named Raymond outnumbered girls by 183 times. 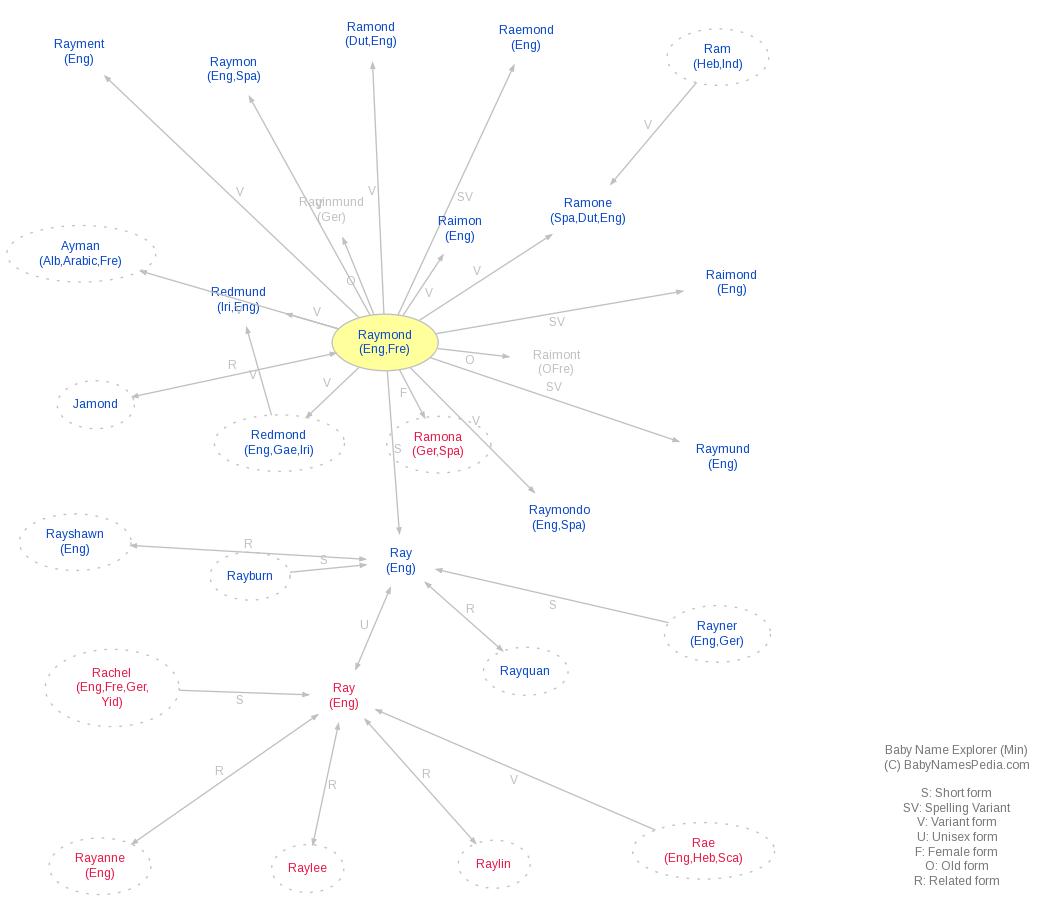