Raymunde is a seldom used baby name for boys. It is not listed within the top 1000 names. In 2018, among the group of boy names directly related to Raymunde, Raymond was the most commonly used. 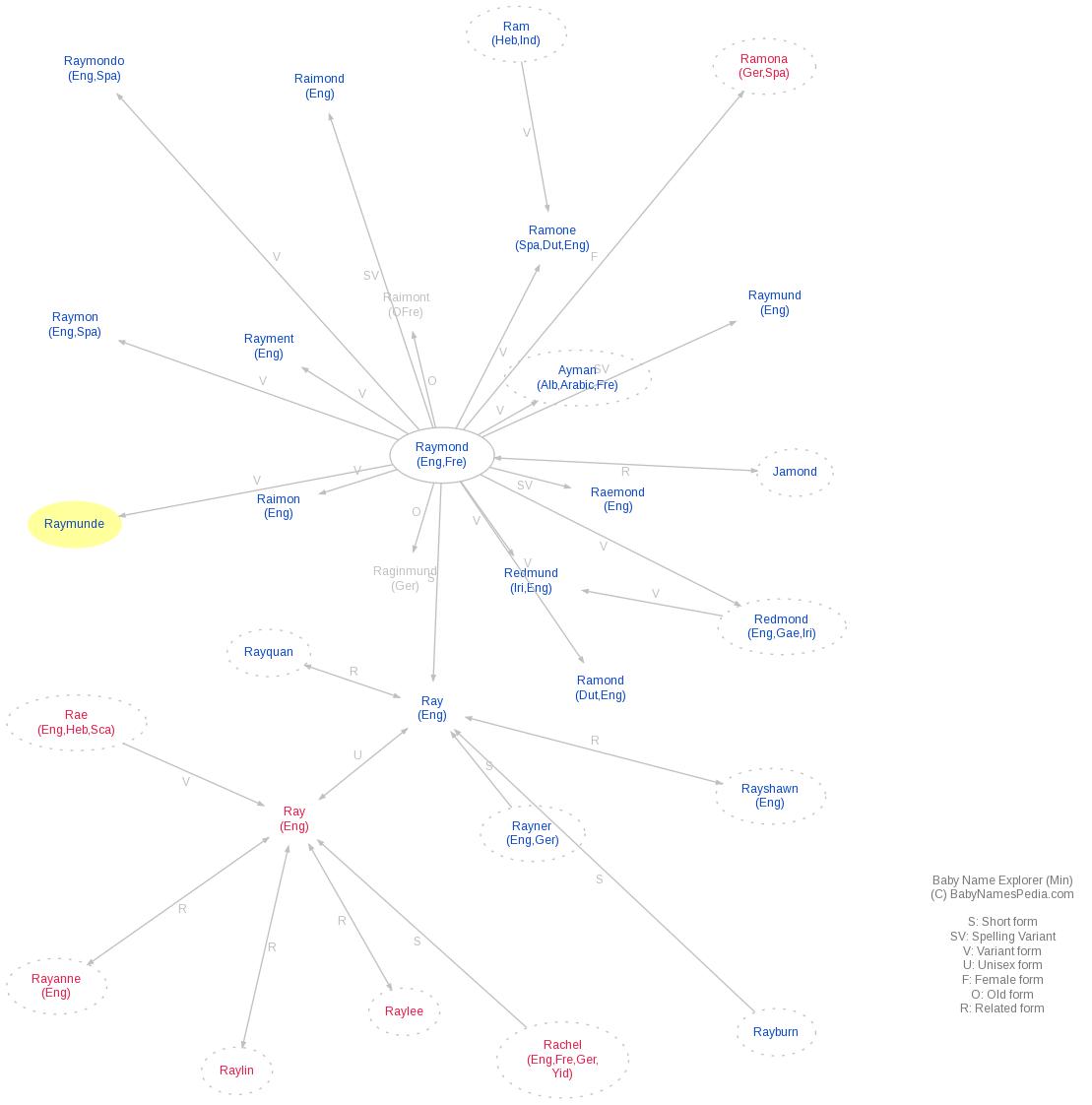