What does Rayner mean?

[ 2 syll. ray-ner, ra-yn-er ] The baby boy name Rayner is pronounced as REYNer †. Rayner is largely used in the English and German languages, and its origin is Germanic. A two-element name, it is derived from the elements 'ragin' meaning counsel, advice ; 'heri' army, warrior. Raginhari (Germanic) and Reginhar (Germanic) are old forms of Rayner. The first name was introduced by the Normans to English speakers in the 11th century, where it remained in general use till the 14th century. It is today more common in Germany than in English-speaking countries. Rayner has also been taken up as a surname. The usage of the first name today is both from the surviving use of the medieval first name as well as the transferred use of the surname. The name Raina (Slavic, Czech, English, German, Polish, and Russian) is the female equivalent of Rayner.

Rayner is rarely used as a baby name for boys. It is not listed in the top 1000 names. In 2018, out of the group of boy names directly linked to Rayner, Ray was the most popular. 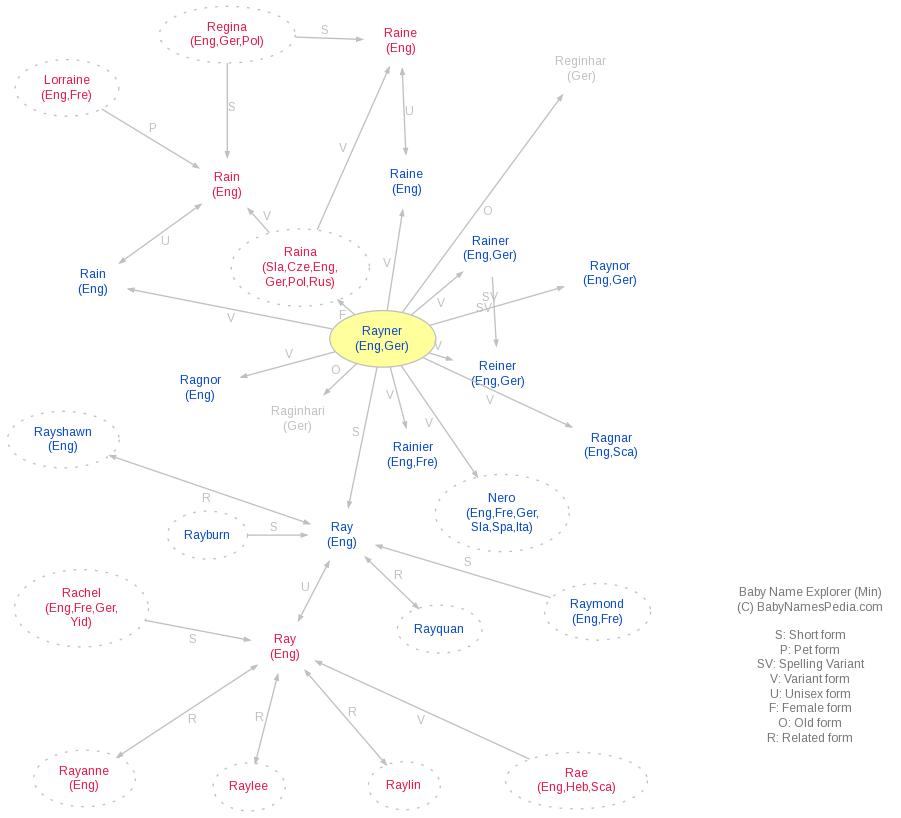