What does Red mean?

[ 1 syll. red, re-d ] The baby boy name Red is pronounced REHD †. Red has its origins in the English and Scottish Gaelic languages. It is used largely in the English language. English origin: The name is derived from the common English word red, which is from the Old English read. It was originally a nickname for someone with a ruddy complexion or red hair.

In addition, Red is an English variant transcription of Read (English and Scottish).

Red is also a variant transcription of Redford (English).

Variant forms inherit the origin and meaning of Red.

Red is irregularly used as a baby boy name. It is not listed in the top 1000. In 2018, out of the family of boy names directly linked to Red, Reed was the most frequently used. 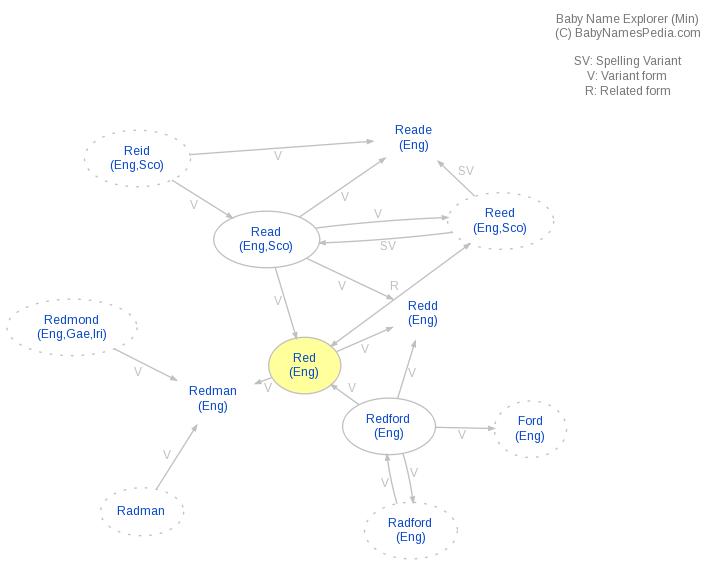