What does Redmond mean?

Redmond is primarily used in the English, Gaelic, and Irish languages, and its language of origin is Germanic. The name is Anglicized from Réamann.

Variant forms inherit the origin and meaning of the name Redmond.

Redmond is of Old English origin. It is derived from the elements 'raed' which means counsel, advice ; 'mund' protection, protector.

In addition, Redmond is an English, Gaelic, and Irish form of the English and French name Raymond.

Redmond is a seldom used baby name for boys. It is listed outside of the top 1000 names. In 2018, out of the group of boy names directly related to Redmond, Raymond was the most commonly used. 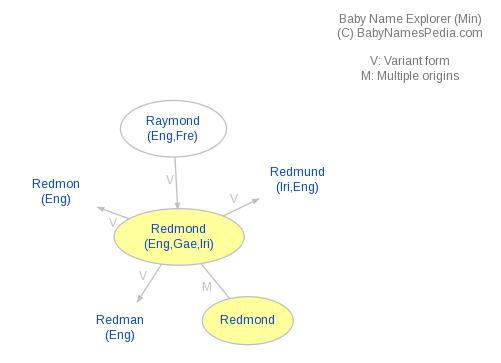