What does Reed mean?

[ 1 syll. ree(d), re-ed ] The baby boy name Reed is sometimes used as a girl name. Its pronunciation is RIY-D †. Reed is used chiefly in the English and Scottish languages, and it is derived from Old English origins. The name's meaning is red; from the reeds; from the cleared land. The name is derived from the common Scottish surname, which usually originated from the Old English element 'read' and was initiallly used as a byname for someone with a ruddy complexion or with red hair. The surname could also be from an Old English place name of the element 'hreod' or 'reod', in reference to someone who lived near reeds or a clearing in the woods.

In addition, Reed is a variant of the name Read (English and Scottish) in the English language.

Reed is also a variant of the name Reid (English and Scottish). 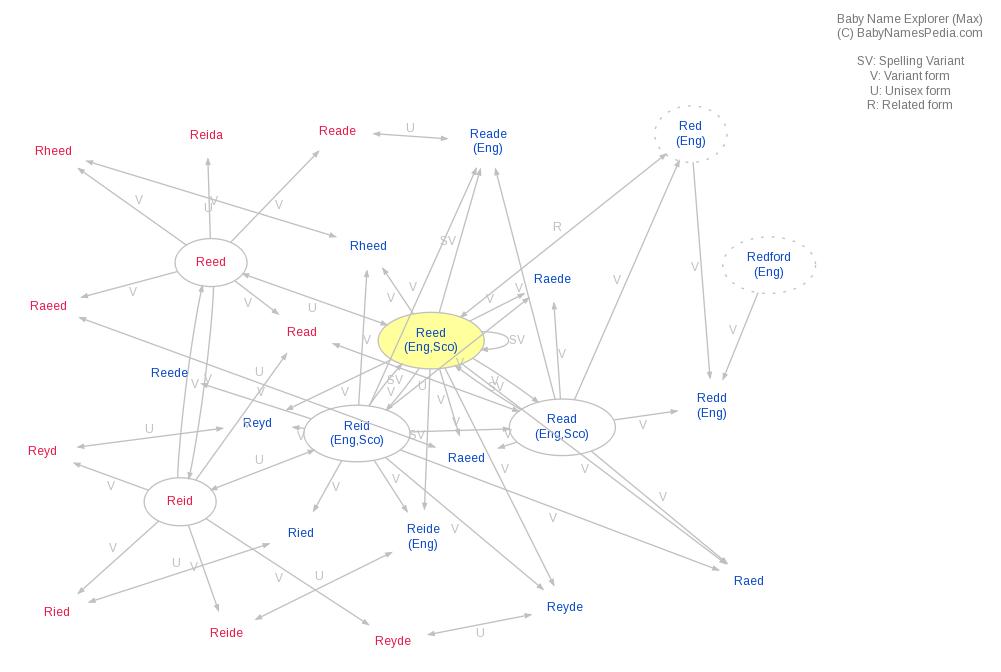