What does Reign mean?

[ 1 syll. rei-(g)(n), re-i-gn ] The baby girl name Reign is also used as a boy name, though the use for girls is more popular. It is pronounced REYN †. Reign's origin is Celtic. Reign is a form of the English and Irish Regan.

Reign is a rather popular baby girl name, and it is also regarded as trendy. The name has been increasing in popularity since the 2010s; prior to that, it was of only sporadic use. At the modest height of its usage in 2018, 0.032% of baby girls were named Reign. It had a ranking of #532 then. Within all girl names in its family, Reign was the most commonly used in 2018. In the last century Reign has mainly been a baby girl name. There were 97% more baby girls than boys who were named Reign in 2017. 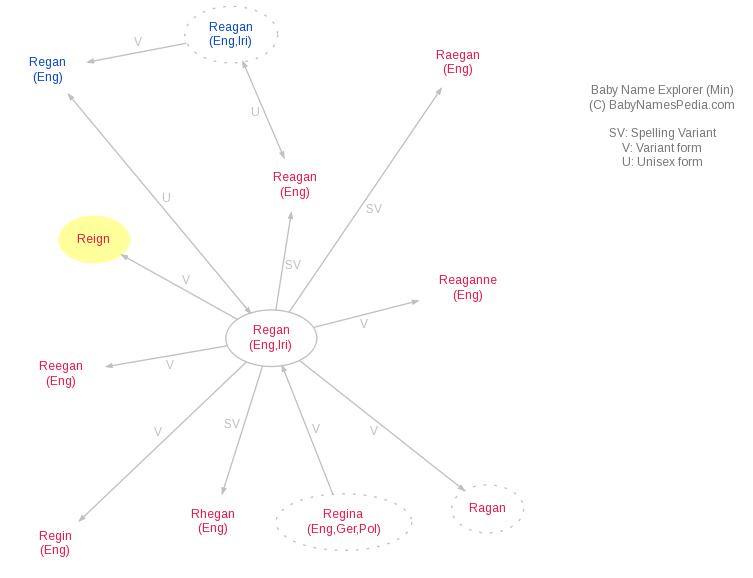