What does Remington mean?

[ 3 syll. re-min-(g)ton, rem-ingt-on ] The baby boy name Remington is sometimes used as a girl name. Its pronunciation is REHM-ih-NGTahN †. Remington is largely used in the English language and it is derived from Old English origins. The name's meaning is from the raven city. It is from the elements 'hremm' meaning raven ; 'tun' town, settlement, homestead. The first name is derived from the place name of the meaning 'raven city'.

Remy (English contraction) is another variant of Remington. 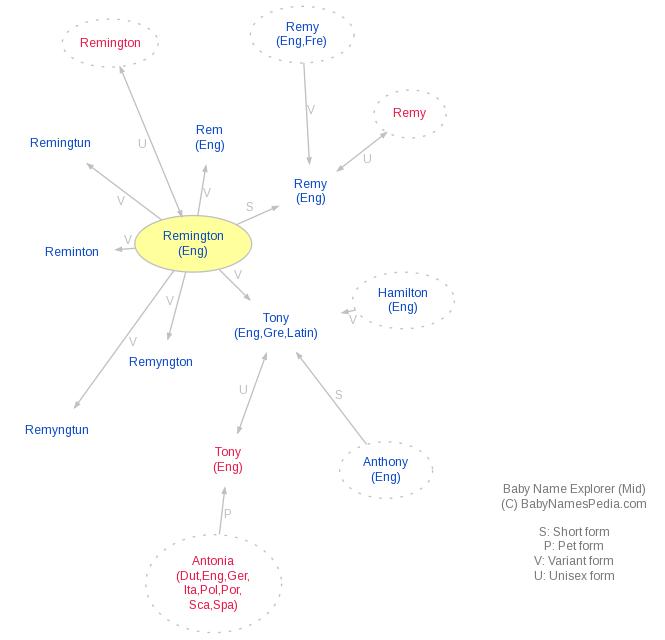