What does Remus mean?

[ 2 syll. re-mus, rem-us ] The baby boy name Remus is pronounced as RIY-MahS (English) †. Remus is used mostly in English and its language of origin is Latin. An old form of the name is Remus (Latin). The name is derived either from the Latin 'remus' or else from the name of Romulus' brother; Romulus and Remus are known as the legendary founders of Rome. The name was adopted by English speakers in the 19th century. In the US, the name was popularized by the fictional Uncle Remus, former black slave and narrator of Uncle Remus folktales (1880-1910) compiled by Joel Chandler Harris.

The origin and meaning of the name Remus is inherited by all variant forms.

Remus is an uncommon baby name for boys. It is not in the top 1000 names. 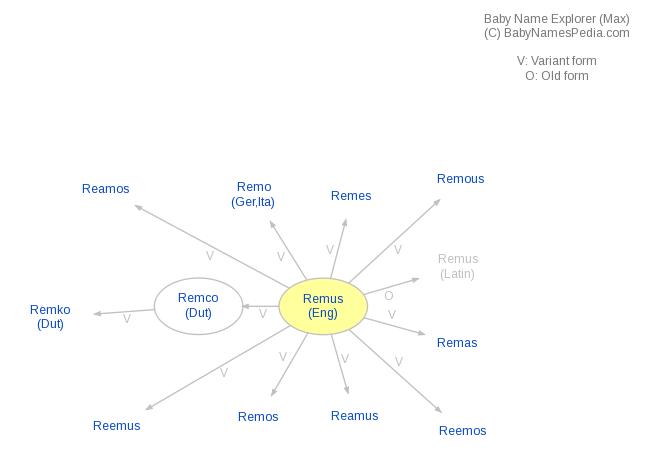