What does Renate mean?

[ 3 syll. re-na-te, ren-ate ] The baby girl name Renate is also used as a boy name. It is pronounced Rah-NAA-Tah (Dutch) or Reh-NAA-Tah (German) †. Renate is of Latin origin. It is used mainly in Dutch, German, Italian, and Spanish. Renate is a form of the English and French Renée.

Variants of the name include the German diminutive Reni and the English, German, and Japanese contracted form Rena.

Renate is uncommon as a baby girl name. It is not in the top 1000 names. 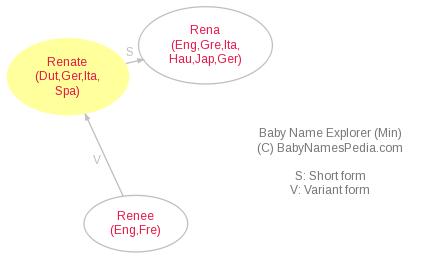