What does Rex mean?

[ 1 syll. rex, re-x ] The baby boy name Rex is pronounced as RehKS †. Rex is used chiefly in the English, French, and German languages, and its origin is Latin. Although the element 'rex' is of Latin origin, the name was not recorded in use during the medieval period or earlier. It was first adopted by English speakers in the 19th century. It is also sometimes taken as a short form of Reginald. The name Regina (English, German, and Polish) is the female form of Rex.

Variant forms share the origin and meaning of Rex.

Rex is a classic favorite. At present it is still fairly popular as a baby name for boys, though it was in more widespread use in the past. Its usage peaked modestly in 1951 with 0.079% of baby boys being given the name Rex. It ranked at #171 then. The baby name has since fallen out of favor, and in recent years it is of irregular use. In 2018, its usage was only 0.021% and its ranking #637, but it was nonetheless the most popular among all boy names in its group. In 2018, 31% more boys were named Rex than the next most popular name, Rey. 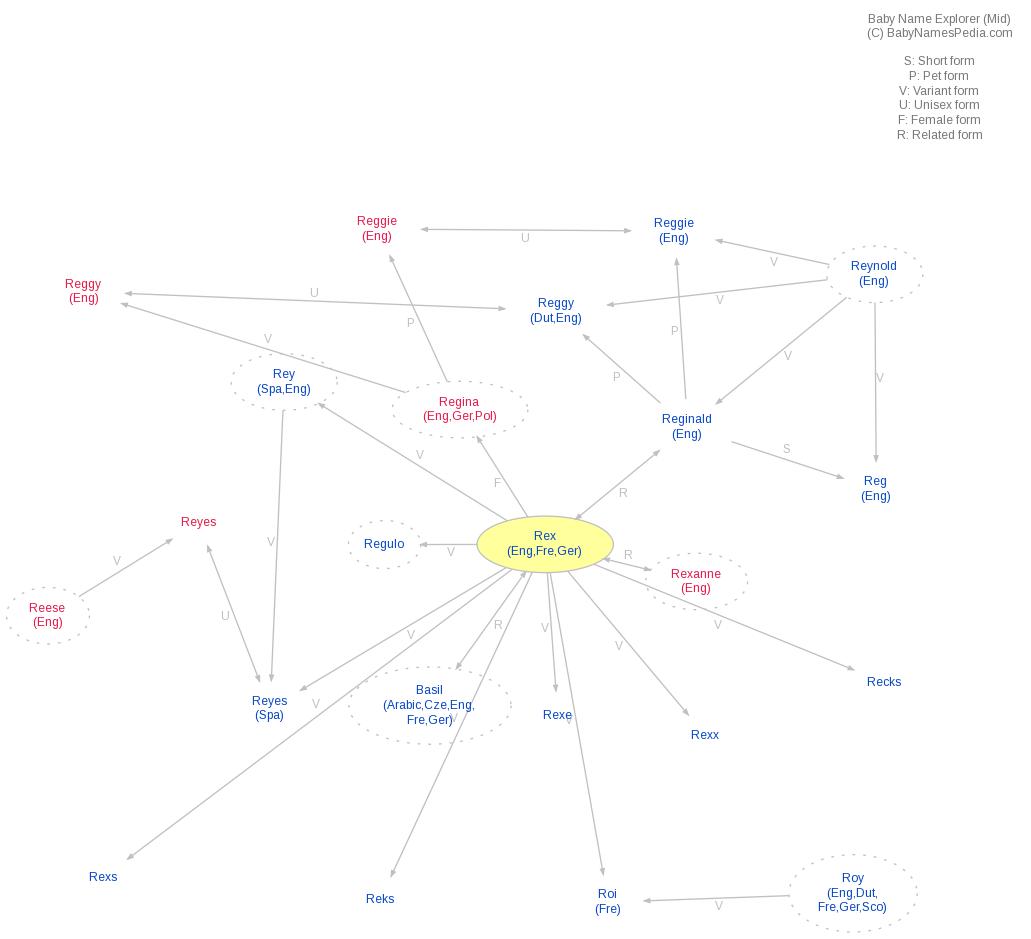