[ 2 syll. re-xan-ne, rex-a-nne ] The baby girl name Rexanne is pronounced as RehKS-AEN †. Rexanne is used chiefly in the English language and it is derived from Old Persian origins. This is possibly derived from Roxane under the influence of the name Rex.

In addition, Rexanne is a variant of the name Roxana (English, German, and Spanish) in the English language.

Variant forms share both the origin and meaning of Rexanne.

Rexanne is unusual as a baby girl name. It is not listed in the top 1000. 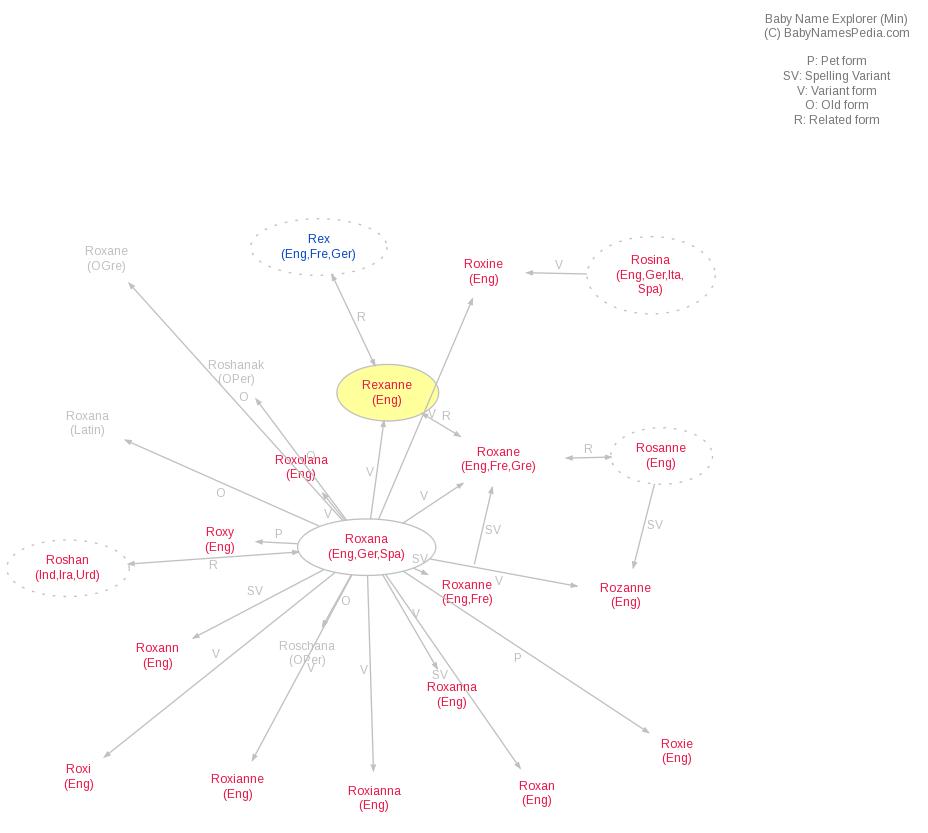