What does Rexford mean?

[ 2 syll. rex-for(d), re-xfo-rd ] The baby boy name Rexford is pronounced as REHKSFerD †. Rexford has its origins in the English language. The name means 'king's ford'.

Rexford is unusual as a baby boy name. Its usage peaked modestly in 1915 with 0.006% of baby boys being given the name Rexford. It had a ranking of #877 then. The baby name has experienced a drop in popularity since then, and is of only sporadic use now. Among all boy names in its family, Rexford was nonetheless the most widely used in 2018. 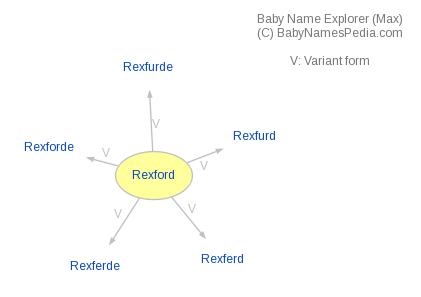