What does Reynard mean?

[ 2 syll. rey-nar(d), re-yna-rd ] The baby boy name Reynard is pronounced as Reh-N-ERD †. Reynard is largely used in the English and French languages, and it is derived from Germanic origins. The name is of the meaning mighty and brave. A two-element name, it is derived from the elements 'ragin' meaning counsel, advice ; 'hart' brave, hardy. Raginhard (Germanic) is an old form of Reynard. The name was popular among the Norman French, who later introduced it to English speakers. It has often been associated with the fox, due to the popularity of the character Reynard the Fox in Aesop's Fables.

Reynard is a widely used name; it has 22 variant transcriptions that are used in English and other languages. Variation transcriptions used in English include Rainard (used in French too), Rainart, Rainhardt, Rainhart, Ranard, Raynard, Raynarde, Reinard, Reinart, Reinhardt, Renard (used in French, German, and Polish too), Renke, Rennard, Reynardo, and Reynaud.

Reynard is not regularly used as a baby name for boys. It is not listed in the top 1000 names. 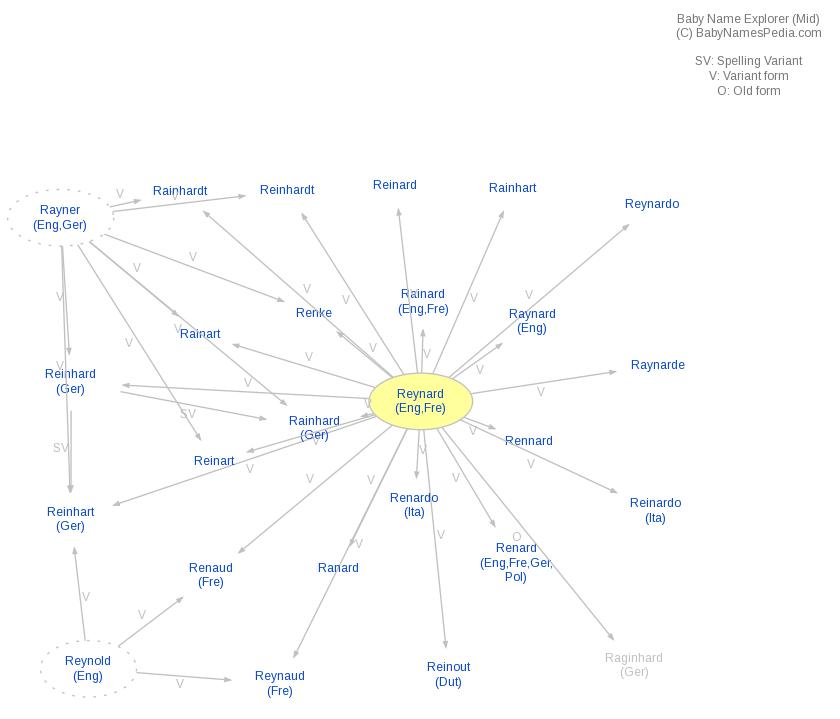