What does Rhetta mean?

[ 2 syll. (r)het-ta, rh-e-tta ] The baby girl name Rhetta is pronounced REHT-aa- †. Rhetta's origin is Latin and Scandinavian, and its use, English. Scandinavian origin: It is derived from raet meaning 'advice' ; rhetor 'speaker'. The name was recently coined as a feminine form of Rhett.

In addition, Rhetta is a form of the German, Rhaeto-Romanic, and English Reta.

Rhetta is the feminine equivalent of the English Rhett.

Rhetta is not often used as a baby girl name. It is not in the top 1000 names. 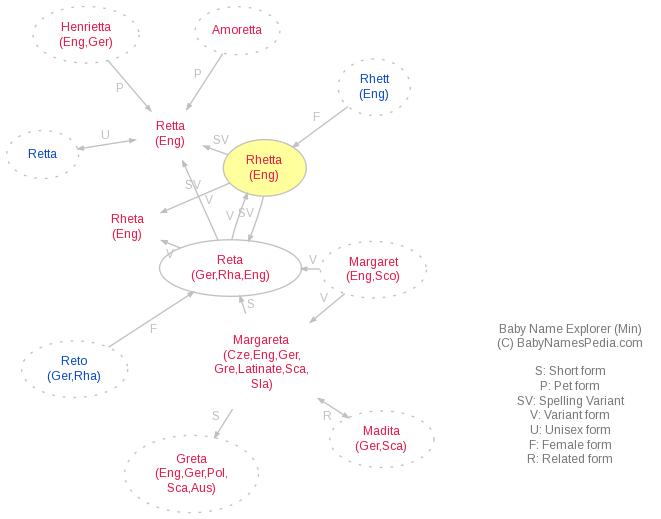