What does Richelle mean?

[ 2 syll. ric-hel-le, ri-che-lle ] The baby girl name Richelle is pronounced as Rih-SHEHL- †. Richelle's language of origin is Germanic and it is predominantly used in English. The meaning of Richelle is 'powerful ruler'. It is a two-element name derived from ric and hart which are of the meanings 'rich, powerful, ruler' and 'brave, hardy' respectively. The name was invented as a feminine form of Richard, influenced by names like Michelle.

Richelle is a form of the English, French, and German Michelle in the English language.

Richelle is also a form of the English Rochelle.

Richelle is the feminine form of the Czech, Dutch, English, French, and German Richard.

Richelle is an unusual baby girl name. Its usage peaked in 1972 with 0.016% of baby girls being named Richelle. It was #604 in rank then. The baby name has steeply slipped in popularity since then, and is used only on a very modest scale today. In 2018, among the family of girl names directly related to Richelle, Michelle was the most popular. 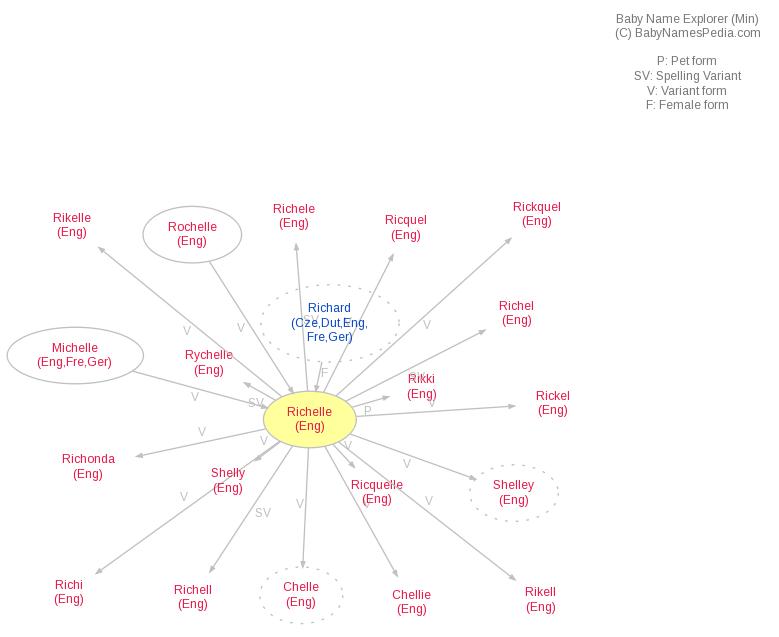