What does Rigoberto mean?

[ 4 syll. ri-go-ber-to, rig-obe-rto ] The baby boy name Rigoberto is pronounced as Riy-GowBEY-RTow- †. Rigoberto is of Germanic origin. It is used mainly in the Spanish, English, and Italian languages. It is a two-element name derived from ric + berht which mean 'rich, powerful, ruler' + 'bright, famous' respectively. Richbert (Germanic) is an original form of Rigoberto.

In addition, Rigoberto is a variation (Spanish) of Herbert (English, French, German, and Polish).

Rigoberto is unusual as a baby boy name. Its usage peaked modestly in 2001 with 0.014% of baby boys being given the name Rigoberto. It had a ranking of #633 then. The baby name has experienced a marked decline in popularity since then, and is currently of only sporadic use. Among all boy names in its family, Rigoberto was nonetheless the most widely used in 2018. 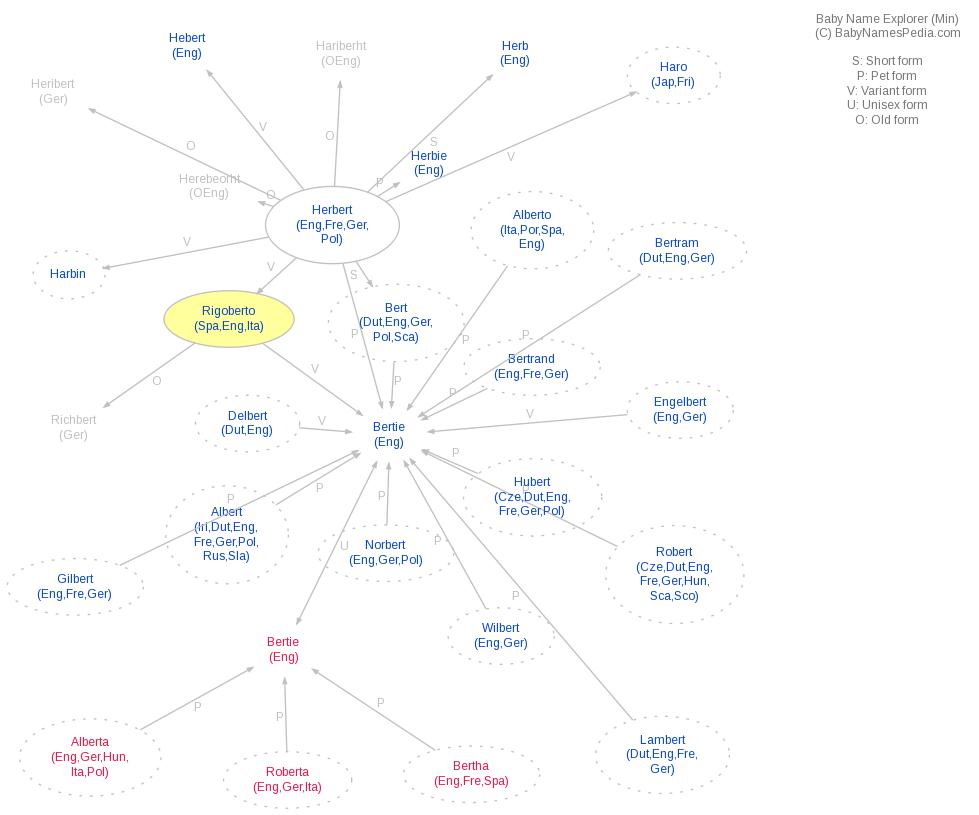