What does Roderick mean?

[ 3 syll. ro-de-ric(k), rod-eri-ck ] The baby boy name Roderick is pronounced as RAAD-eh-RihK †. Roderick is used predominantly in the English and German languages, and it is derived from Germanic origins. The name's meaning is famously powerful. A two-element name, it is derived from the elements 'hruod' meaning fame ; 'ric' rich, powerful, ruler. The name was introduced to England by Vikings in the Danelagh and later by Normans at the conquest. By the end of the medieval period, the name had fallen into disuse. It was later revived and popularized among English speakers in the 19th century, promoted by Sir Walter Scott's poem The Vision of Don Roderick (1811), which centers around the Don Roderick, a historical 8th century character who was the last Gothic King of Spain; he was also known as Rodrigo. The king was later brought to public attention again through Robert Southey's poem, Roderick, the Last of the Goths (1814). The name Rhoda (English), the name Roderica (English and German), and the name Rodina (Scottish) are the female versions of Roderick.

Roderick is rare as a baby name for boys. At the modest peak of its usage in 1971, 0.058% of baby boys were given the name Roderick. It ranked at #223 then. The baby name has since markedly declined in popularity, and is currently of irregular use. Out of the group of boy names directly linked to Roderick, Rory was the most widely used in 2018. 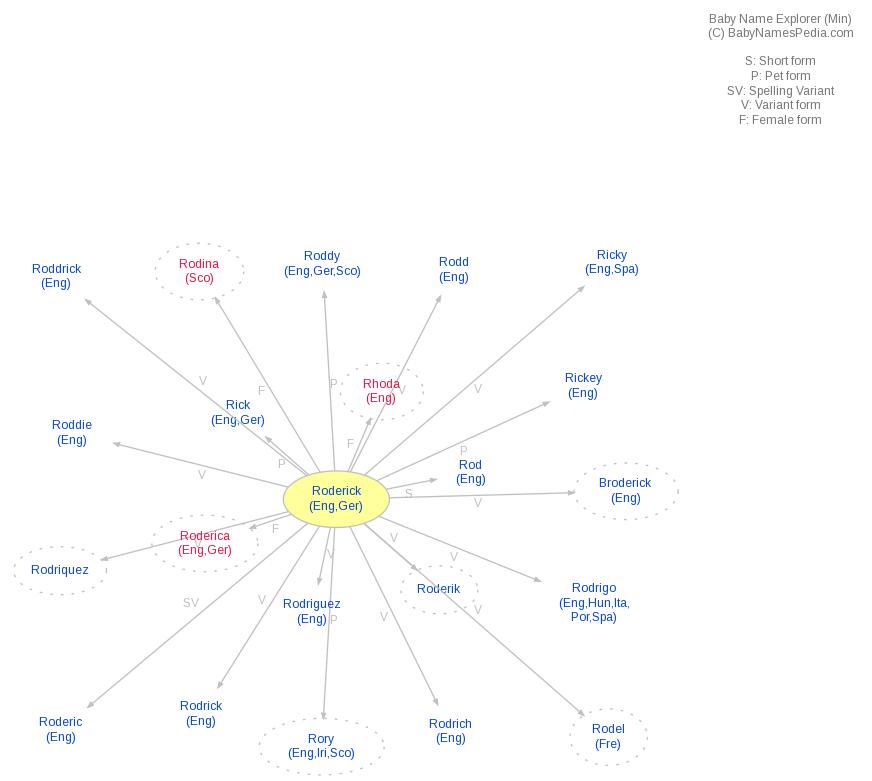