What does Rogelio mean?

[ 4 syll. ro-ge-lio, rog-el-io ] The baby boy name Rogelio is pronounced as Row-HHEY-Liy-ow- †. Rogelio is mainly used in Spanish and English, and its language of origin is Latin and Germanic. From Latin roots, its meaning is requested, prayed for - in this context, Rogelio can be used in the Spanish language. It is from the element 'rogatus' which is of the meaning request. The name is either derived from Rogelius (Latin) or Rogellus (Latin), which are of obscure origin, or else it could be a diminutive form of Rogatus (Latin). The name was borne by Saint Cordoba (-852), who was martyred in Cordoba under Muhammad I.

In addition, Rogelio is a variant form of the English, French, and German name Roger in the English and Spanish languages.

Rogelio is a classic favorite. At present it is still a somewhat popular baby name for boys, though it was in more widespread use before. The name increased in popularity from the 1930s up to the 2000s. At the modest peak of its usage in 2005, 0.026% of baby boys were named Rogelio. It ranked at #466 then. The baby name has since experienced a fall in frequency. In 2018, its usage was 0.012% and its ranking #902. Out of the group of boy names directly related to Rogelio, Roger was the most commonly used. In 2018, it was used 72% more than Rogelio. 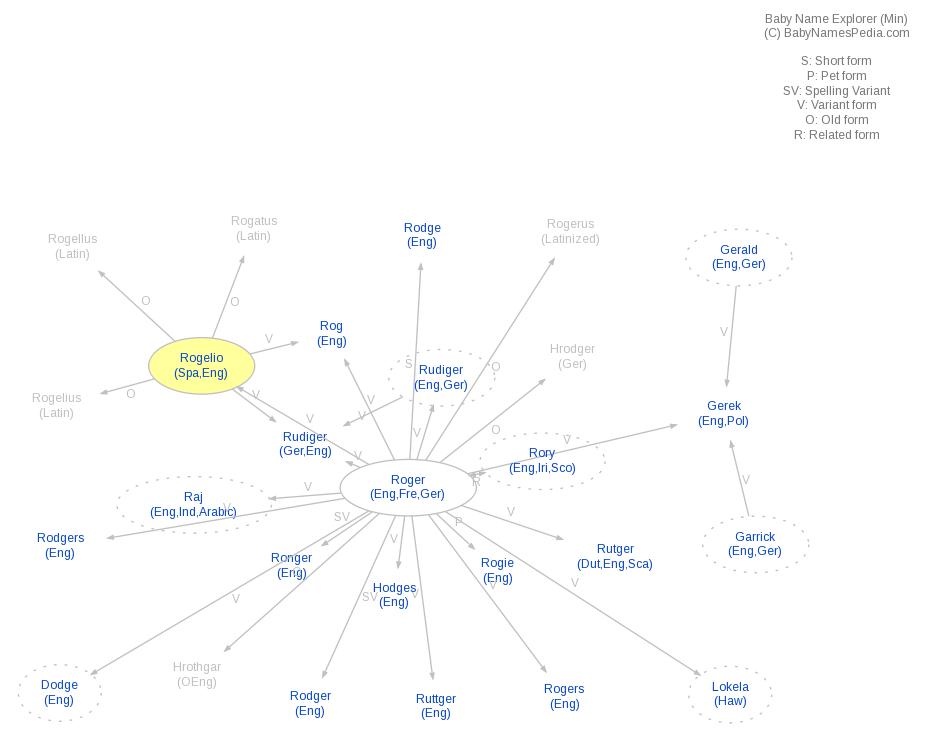