What does Rohan mean?

[ 2 syll. ro-han, roh-an ] The baby boy name Rohan is also used as a girl name, but the use for boys is much more common. Its pronunciation is ROWHHaaN †. Rohan is used predominantly in the Indian and English languages, and it is derived from Sanskrit and Celtic origins. From Sanskrit roots, its meaning is sandalwood - in this context, Rohan can be used in the Indian language.

In addition, Rohan is a variant (English) of the name Rowan (English and Irish).

Rohn (Dutch pet form) is another variant of Rohan.

Rohan is a somewhat popular baby name for boys. The name's popularity rose from the 1990s up to the 2000s; before that, it was of infrequent use only. At the modest peak of its usage in 2004, 0.025% of baby boys were given the name Rohan. Its ranking then was #480. The baby name has since experienced a fall in popularity. In 2018, its usage was 0.018% and its ranking #705. Out of the group of boy names directly linked to Rohan, Rowan was the most popular. In 2018, its use outnumbered Rohan's by 9 times. In the past century Rohan has predominantly been a baby boy name. 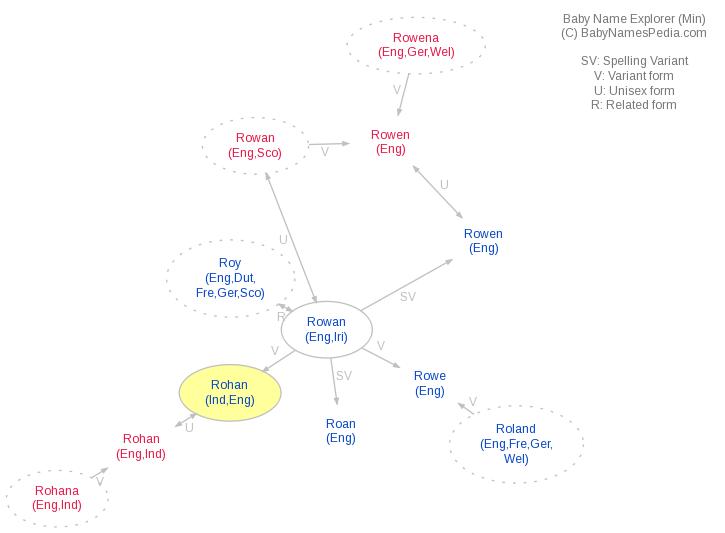