What does Rohana mean?

Rohana is used predominantly in the English and Indian languages, and its origin is Sanskrit. The name is of the meaning sandalwood.

Rohana's language of origin is English-American. The name is derived from the combination of Rose and Hannah.

See also the related forms, the English, French, German, Hebrew, and Yiddish Hannah and the English and French Rose.

Rohana is not regularly used as a baby name for girls. It is ranked outside of the top 1000 names. 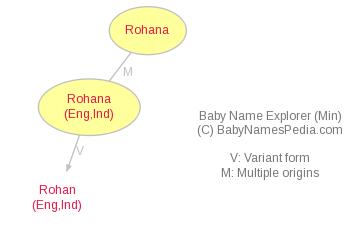