What does Ronalda mean?

[ 3 syll. ro-nal-da, ron-a-lda ] The baby girl name Ronalda is pronounced as Raa-NAA-LD-ah †. Ronalda's language of origin is Old Norse and it is predominantly used in English. The name Ronalda means 'well-advised ruler'. It is a two-element name derived from regin and valdr which are of the meanings 'advice, decision, protection, the gods' and 'to rule' respectively. Ronalda is the feminine equivalent of the English and Scottish Ronald.

Another variant of the name is the Scandinavian contracted form Rona.

Ronalda is not commonly used as a baby girl name. It is not in the top 1000 names. 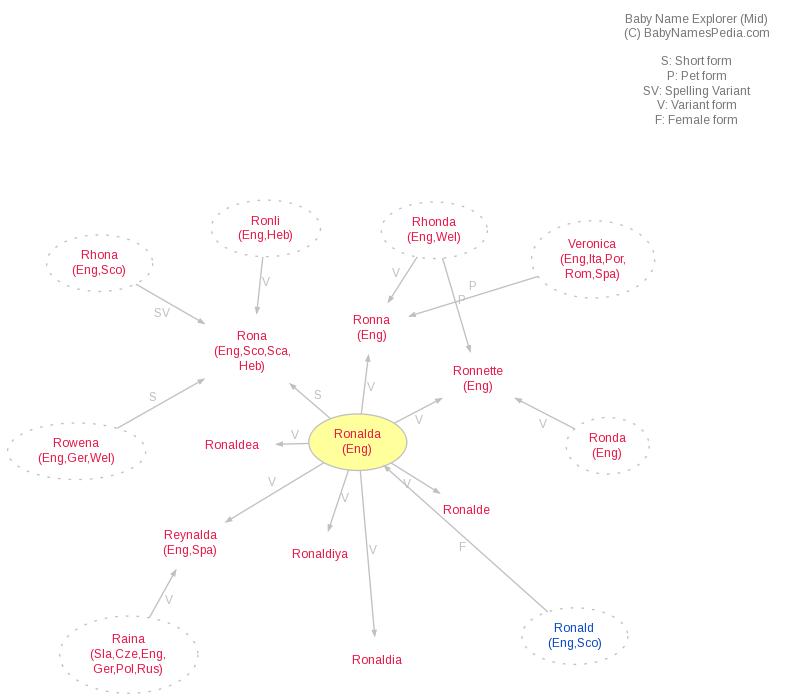