What does Ronan mean?

[ 2 syll. ro-nan, ron-an ] The baby boy name Ronan is also used as a girl name, but the use for boys is much more common. Its pronunciation is ROWNihN †. Ronan is used chiefly in the English and Irish languages, and its origin is Celtic. The name's meaning is little seal. The name is from the Gaelic Rónán, a nickname derived as a diminutive of the Irish Gaelic 'rón'. The name was borne by a 5th century Irish saint who worked as a missionary in Cornwall and Brittany.

Ronan is a popular baby name for boys, and it is also viewed as trendy. The name's popularity has been increasing since the 2000s; before that, it was of very modest use only. At the recent height of its usage in 2018, 0.061% of baby boys were given the name Ronan. It ranked at #294 then. Within all boy names in its group, Ronan was the most popular in 2018. 81% more boys were named Ronan than the subsequent ranked name, Ronin, in that year. In the past century Ronan has mostly been a baby boy name. 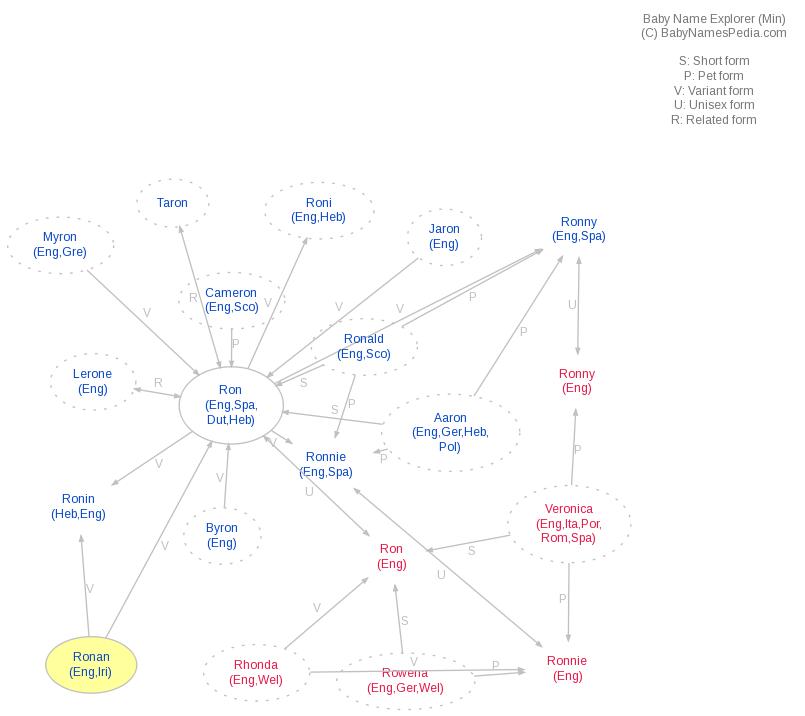