What does Roni mean?

[ 2 syll. ro-ni, ron-i ] The baby boy name Roni is also used as a girl name, with the latter form being much more common. Its pronunciation is RAAN-iy- †. Roni is largely used in the English and Hebrew languages, and it is derived from Hebrew and Old Norse origins. From Hebrew roots, its meaning is my joy.

In addition, Roni is an English and Hebrew variant of the name Ron (English, Spanish, Dutch, and Hebrew).

Roni is also a variant of the name Ronald (English and Scottish).

Rani, Roney, Ronit, Ronli, and Rony are variants of Roni.

Roni is an unusual baby name for boys. It is not listed in the top 1000 names. In 2018, out of the group of boy names directly linked to Roni, Ronald was the most commonly used. In the past century Roni has predominantly been a girl name. 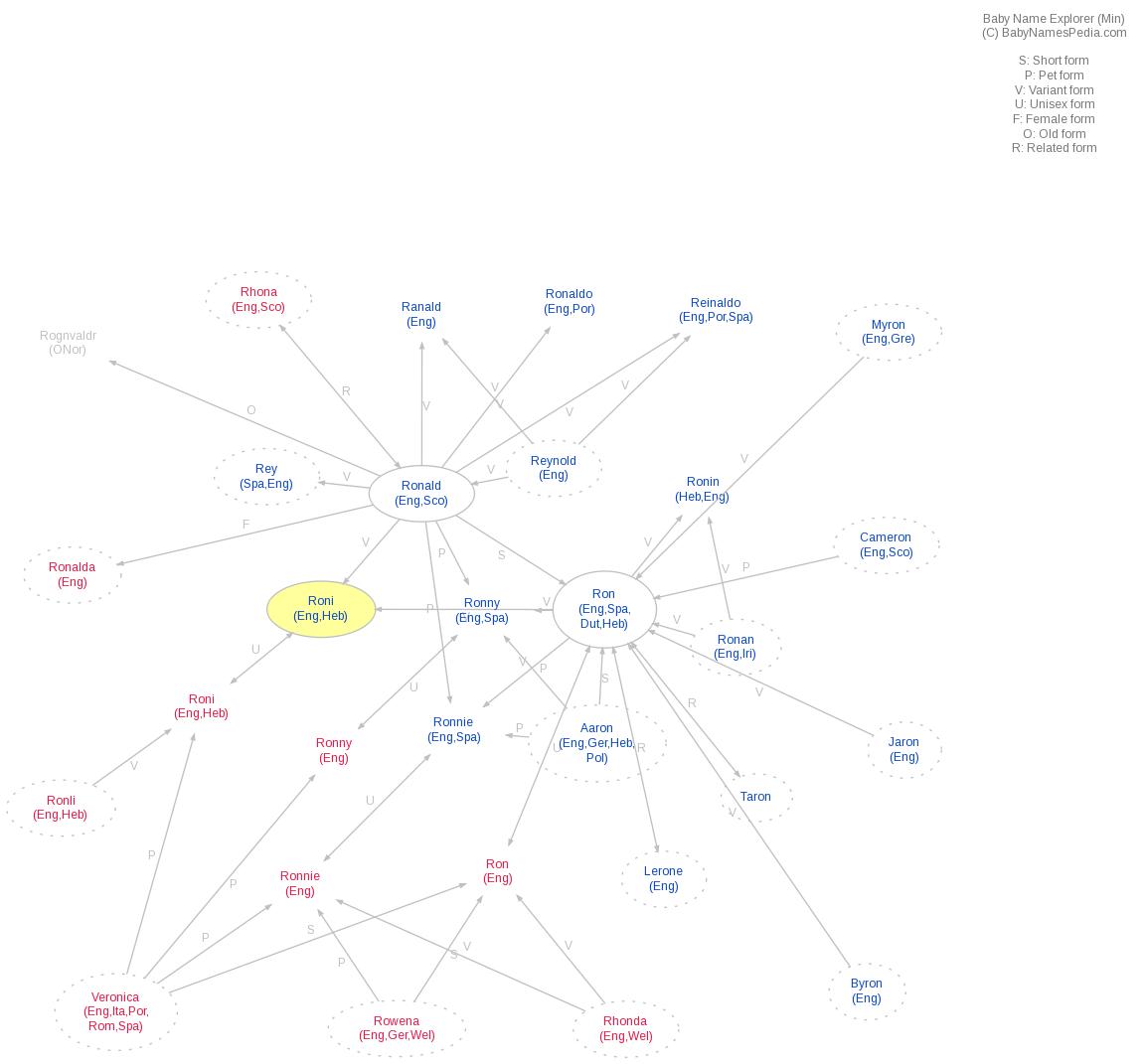