What does Rosalee mean?

[ syll. ro-sa-lee, ros-al-ee ] The baby girl name Rosalee is pronounced as RowSAELIY- †. Rosalee is of Latin and Germanic origin, and it is used mainly in the English language.

Rosalee is also a derivative of the English Rosalind.

Rosalee is an all-time favorite. Today it is still somewhat popular as a baby name for girls, though to a lesser extent than it was in the past. Its usage peaked in 1938 with 0.024% of baby girls being given the name Rosalee. It ranked at #404 then. The baby name has since markedly fallen in popularity, and it is of only very modest use in recent years. In 2018, it ranked at #842 with a usage of 0.017%. Among the group of girl names directly linked to Rosalee, Rosalie was the most widely used. It was used 5 times more than Rosalee in 2018. 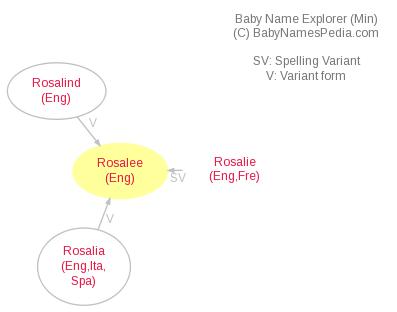