What does Rosalyn mean?

[ 2 syll. ro-sa-lyn, ros-al-yn ] The baby girl name Rosalyn is pronounced as RAAZLihN or ROWZaa-LihN †. Rosalyn is used chiefly in English and it is derived from Germanic origins. Rosalin (Middle English) is an old form of the name.

In addition, Rosalyn is a variant of the name Rosalind (English).

Variant forms share the origin and thus the meaning of Rosalyn.

Rosalyn is a classic favorite. At present it is still a somewhat popular baby name for girls, though not to the extent it was before. At the peak of its usage in 1952, 0.022% of baby girls were named Rosalyn. Its ranking then was #413. The baby name has since suffered a steep loss in popularity, and is of very modest use in recent times. In 2018, its usage was only 0.017% and its ranking #868. Out of the group of girl names directly related to Rosalyn, Roselyn was the most popular. In 2018, it was 46% more frequently used than Rosalyn. 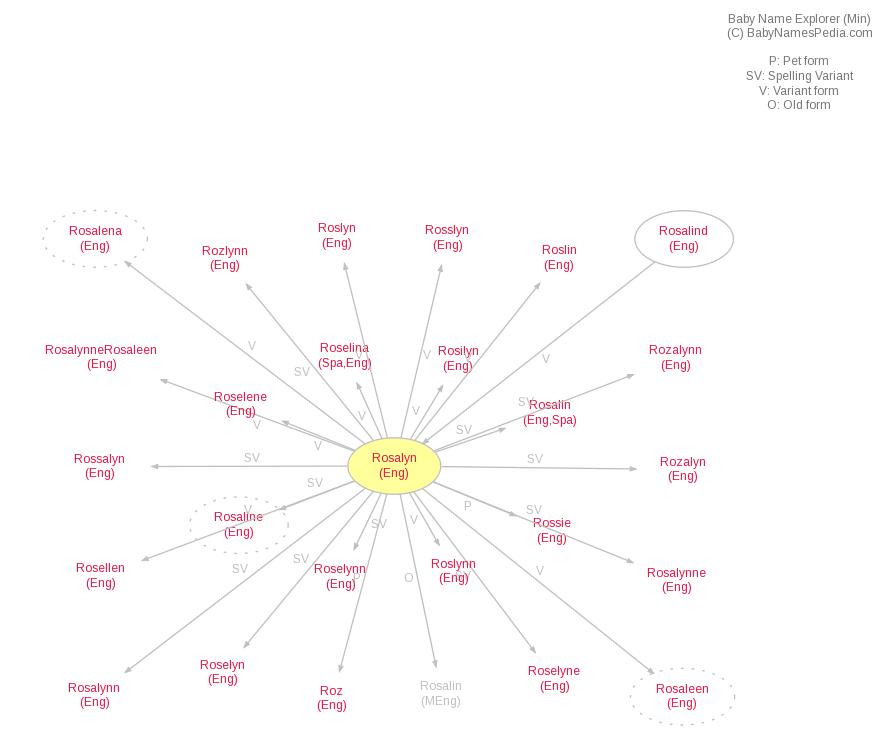