What does Rose mean?

Rose has its origins in the Latin language, and it is used largely in English and French. The name evolved as a short form of compound Germanic names, introduced to England by the Normans in the 11th century in forms such as Rohese (Medieval) and Roese (Medievel).

It was later associated with the Latin rosa in the Middle Ages, when it was often found in the form Rohesia (Latinized). The name was thus popular among medieval Christians due to the association of the flower with the Virgin Mary. The flower is also a symbol of many other things, including love and Britain, thereby ensuring the long-lasting popularity of Rose as a given name. In the 19th century, it enjoyed a renewed boost in popularity due to the vogue of using flower names as given names then.

The name was borne by Saint Rose of Lima (1586-1617), the first saint in America. As a royal name, it was borne by the sister of Henry VIII, Mary Tudor (1496-1533), known also as 'Mary Rose', and Princess Margaret Rose (1930-2002), Countess of Snowdon. The name is sometimes used as a short form of Rosemary; as for other names starting with 'Ros-', such as Rosalind and Rosamund, it is rarely used as a short form due to the difference in pronunciation.

What are the Variant Forms of Rose?

Variant forms inherit the origin and meaning of the name Rose.

Rose's language of origin is Germanic. It is derived from the words 'hros' which means horse ; 'hruod' fame. The name first developed as a short form of Germanic names with the first element 'hros' or 'hruod'.

Rose is an English form of Rosa.

Rose is also a contracted form of the English Rosemary.

Rose is popular as a baby girl name, and it is also regarded as trendy. Its usage peaked in 1908 with 0.954% of baby girls being named Rose. It had a ranking of #16 then. The baby name has experienced a substantial loss in popularity since then. In 2018, its usage was 0.132% and its ranking #123, enjoying a minor resurgence in the recent decade. Among all girl names in its family, Rose was the most popular. In 2018, Rose was 66% more commonly used than the next most popular name, Rosalie. 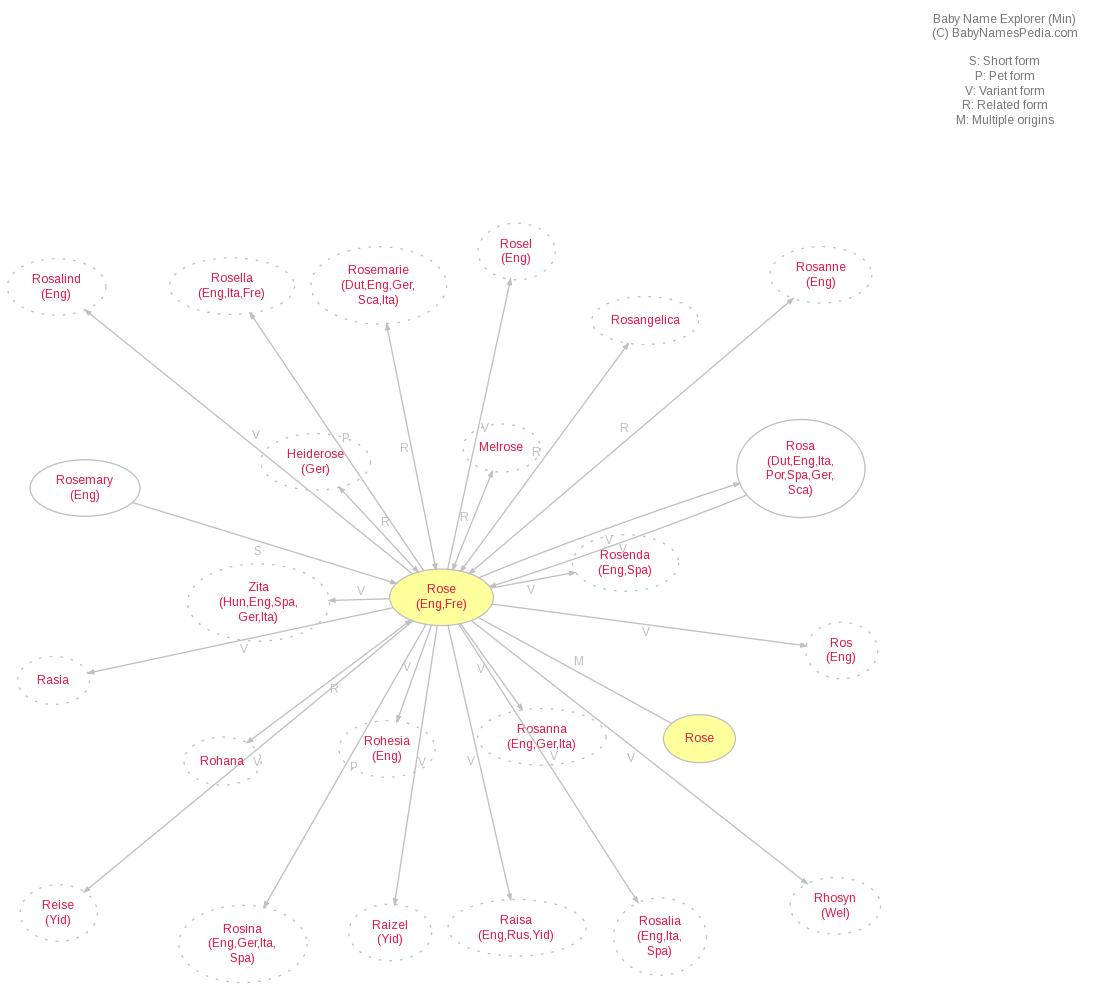