What does Rosemarie mean?

[ 3 syll. ro-se-ma-rie, ros-emar-ie ] The baby girl name Rosemarie is pronounced as RowZ-Mae-RIY †. Rosemarie is used predominantly in Dutch, English, German, Scandinavian, and Italian. It is of various origins. From the combination of other given names, but now used as an independent name in its own right.

Rosemarie is a variation (English, German, Italian, and Scandinavian) of the name Rosemary (English).

The origin and meaning of Rosemarie is inherited by all variant forms.

Rosemarie is an unusual baby girl name. Its usage peaked modestly in 1936 with 0.120% of baby girls being named Rosemarie. It had a ranking of #158 then. The baby name has experienced a steep loss in popularity since then, and is currently of irregular use. In 2018, among the family of girl names directly related to Rosemarie, Rose was the most frequently used. 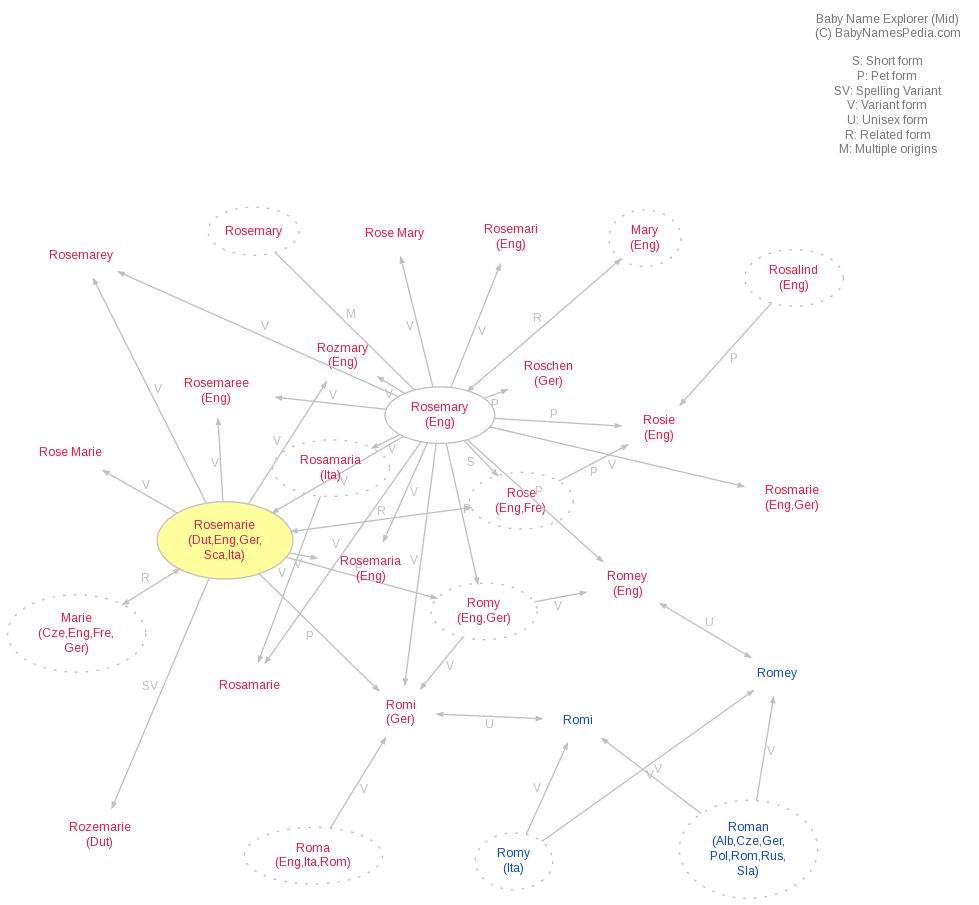