What does Rosemary mean?

Rosemary's language of origin is and it is used mainly in the English language. The name is a combination of Rose and Mary, or it can be taken to derive from the name of the rosemary flower. It was adopted along with other flower names from the end of the 19th century, and was later popularized by the Broadway musical Rose Marie (1924).

Variant forms share the origin and meaning of the name Rosemary.

Rosemary's origin is English. The source form, the rosemary flower name, is itself of the Latin 'ros marinus' in reference to the bluish green color of the leaves.

Rosemary is a classic favorite. At present it is still rather popular as a baby girl name, but to a lesser degree than it was before. The name jumped in popularity from the 1900s up to the 1940s; prior to that, it was of modest use only. At the peak of its usage in 1946, 0.278% of baby girls were given the name Rosemary. It was #75 in rank then. The baby name has experienced a decline in frequency since then. In 2018, its usage was 0.037% and its ranking #454, but it was nonetheless the 3rd most popular after Rose and Mary, out of all girl names in its family. In 2018, Rose was 4 times more frequently used than Rosemary. 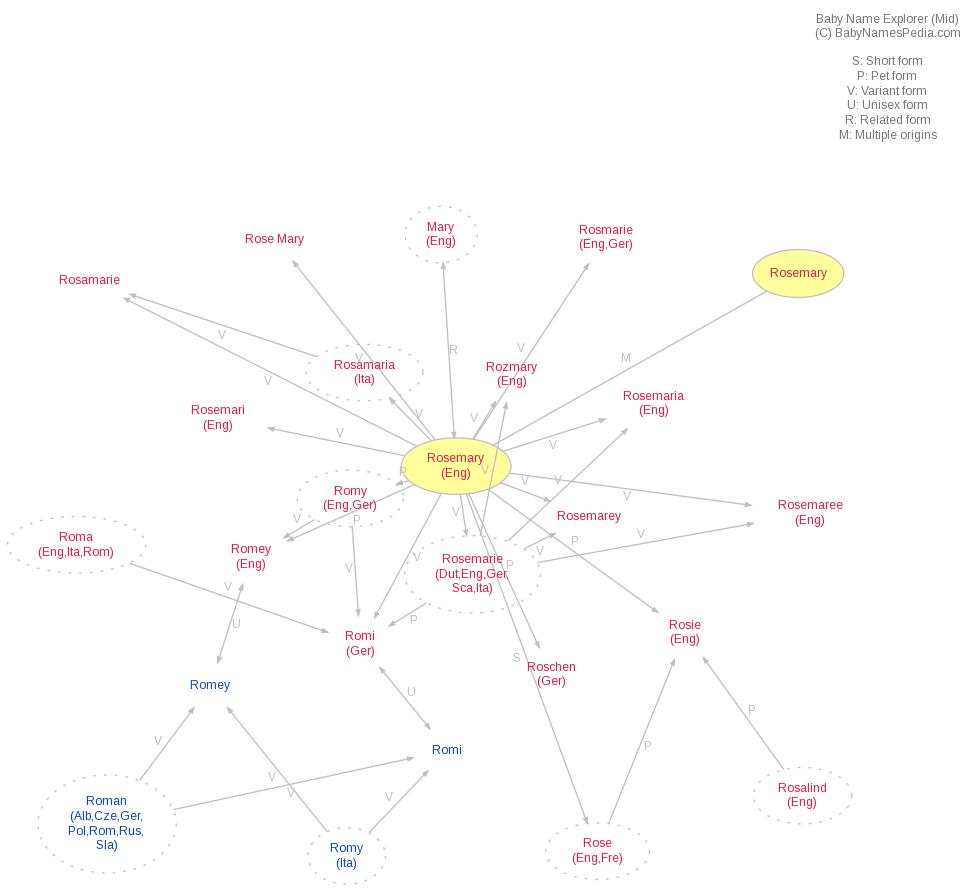