What does Rosina mean?

[ 3 syll. ro-si-na, ros-ina ] The baby girl name Rosina is pronounced as RowZIY-Naa- †. Rosina is mainly used in the English, German, Italian, and Spanish languages. Its language of origin is Germanic and Latin. This is the name of a character in the Rossini opera The Barber of Seville (1816).

In addition, Rosina is a variant form of the English name Rosalind.

Rosina is also a familiar form of the English and French name Rose in the German and Italian languages.

Variant forms share the origin and thus the meaning of the name Rosina.

See also the related form, the German and Scandinavian Sina.

Rosina is a rare baby girl name. At the modest peak of its usage in 1903, 0.012% of baby girls were given the name Rosina. It was #572 in rank then. The baby name has suffered a steep decline in frequency since then, and is today used on a very light scale. In 2018, out of the family of girl names directly linked to Rosina, Rose was the most regularly used. 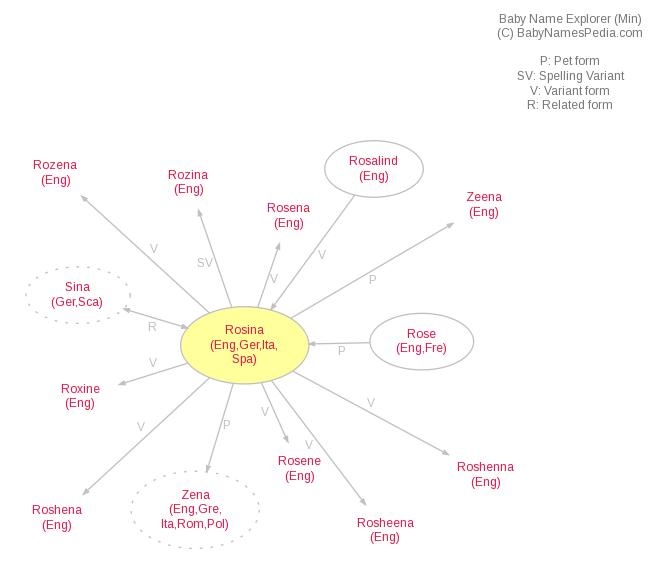